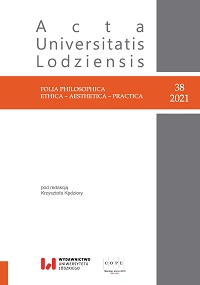 Summary/Abstract: This book review is about the French translation of a book by the anthropologist Arturo Escobar that, though it has not been translated into English yet, deserves to be known by English readers. This book is quite important since it allows one to understand occidental, capitalist and modern hegemony not only as an economic domination but above all as a cultural, epistemological and ontological colonisation. Indeed, according to Escobar, this domination takes its roots in the Occident’s ontology which translates into hegemonic practices that are concrete threats to the other worlds and their dwellers. Thus, Escobar highlights the deep link between ontologies and practices and argues for a new field of study he calls political ontology or ontological politics. To accompany the proposition of a shift from a universal nature to a pluriverse composed of many worlds, Escobar does not only undermine the prejudices of modernity but also puts forward the relational ontologies from indigenous communities of Latin America that concretely resist colonisation, underlining the ontological dimension of their struggles. Such a framework enables one to overcome or at least minimize the distinction between theory and practice.