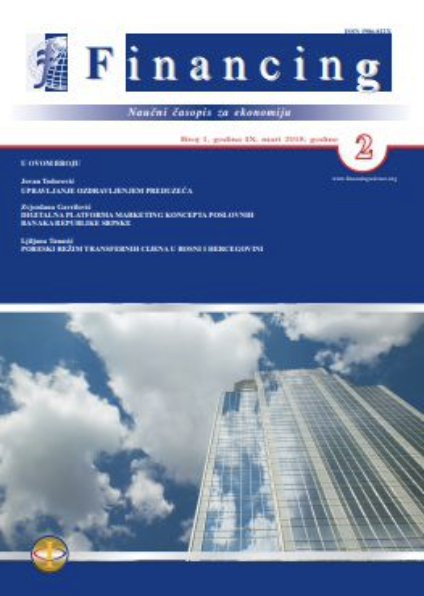 Summary/Abstract: Ability of anticipation comes as the greatest ability of man. Along with it, we go towards future. We project future as an expression of curiosity and expectation or as expressed needs of humans. We can see who is most important in creation of value today? Human, worker,project manager, operator. Relation: capital – work has been canceled. Capital is the cause of all irregularities and greatest disturbance factor in nature and society. There You go the Capital! It stands there! It will collapse if it doesn’t get valorized by humans. Maybe social dimension of development is seen now more than ever in history of civilization. On certain level of development, societies become decadent,they are not finding ways of further development and system falls apart. Capital is a necessary assumption and its sensors are single sided. It goes only where it can sustain and grow. Patency and way of functioning provide it decisions of predictive character. Social dimension is contradictory to goals of capital. It is a corrective factor of its behavior, because it endeavors to point intermittent disorders which become from capitals behavior, to a structural adaptation in order for society and economy can achieve equilibrium for satisfaction of interchangeable individual and social economic needs. Prognostics and planning are created to reduce insecurities, by allowing decision makers to not have to wait on predicted events and react, but to proactively and preventive, going towards future, influence flows of outcomes of upcoming changes. For ex ante reaction in comparison to prognostic movements of some events, we need prognostic of high level of security. Technologic changes, in evolutionary sense challenge and are challenging for the future. Enterprises and society,are aware of the fact that technological change has mass and subtle character and that its consequences, by the rule, stretch through a timeline and longer time projection.