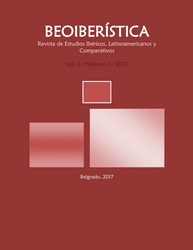 Beoiberística is a scientific journal, established by the Department of Iberian Studies in February 2016, and published by the Faculty of Philology at the University of Belgrade.

It is issued electronic journal form, published annually and opened to all potential authors, contributors, and readers. It publishes papers from various branches of Iberian, Latin American and comparative studies in linguistics, literature or culture. It brings original and scientific articles about all relevant and current topics in the field of modern studies of philology. The last section of each issue is dedicated to reviews of new publications dealing with all Iberian, Latin American and comparative issues.

Knjiženstvo, Journal for Studies in Literature, Gender and Culture, has been initiated within the research project  Knjiženstvo –  Theory and History of Women's Writing in Serbian until 1915, which is financed by The Ministry of Education and Science of the Republic of Serbia. The aim of this project is to highlight the history of women's writing in Serbian literature, and to theorize its specificities by transforming the existing, predominantly Western, concepts and models.

The word knjiženstvo, used both for the title of the project and the title of the journal, is an old word for literature, which, by its origin, and also by its sound, poetically amalgamates the basic elements of this project – literature and creativity of women’s writing in one particular language, and its antecedent forms, as well as the initiative to find an appropriate theoretical discourse for their creative work.

Knjiženstvo, Journal for Studies in Literature, Gender and Culture is connected with the digital databaseKnjiženstvo –  Theory and History of Women's Writing in Serbian until 1915. While the purpose of the database is to offer basic biographical and bibliographical information about the works of Serbian women writers from the Middle Ages to 1915, the journal has been designed as a space where the emerging map of women's literature is being shaped into a narrative coming to life through a line of dialogues, commentaries, re-examinations, and theories, in order to be connected with various approaches and disciplines.