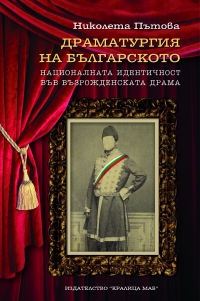 This monograph offers the first of its kind historic and functional research of drama as a constructive, stabilizing and identity-interpreting ideological and artistic structure. To that end, the analyses, apart from the literary and cultural ones, set forth anthropological and social-psychological perspectives, as well, and that explains the multi-spectrum overview of Bulgarian identity during the second half of XIX century. The analysis of identity as an idea, character, sign and the inter-text approach used in the research allow for a large portion of the dramaturgical pieces to be included in new semantic paradigms, to outline unexpected parts of their world of meanings. The text contains various, non-traditional statements about drama as a possibility to interpret the ideas of own and foreign of the Bulgarian national revival and initiates in scientific requisition some little known and researched dramatic works dating from the age of the Bulgarian national revival.Proceeding from the understanding that identity is created in the complex relations between person and society and in inter-societal relations, as well, the monograph analyses examine the complex interaction of identities that the dramaturgical works expose and search for the collective image of the Bulgarian. The proverbial drama and comedy works stand alongside with dramaturgical texts with arguable artistic value, as all of them represent equally effective attempts to offer and form the signs of Bulgarian identity. The literary and cultural interpretation of the artistic texts is intertwined with the new spiritual, social, economic and ideological process during the crucial for Bulgarian society XIX century.The story about the process that Bulgarian national revival dramaturgy uses to mold the idea of Bulgarian is given in chronological order and is divided into four main parts that encompasses the historical past of Bulgarian people, the struggle for religious independence and national stereotypes provoked by it, as well as the complex relations between “own” and “foreign” that are inevitably made clear during periods critical for the community. The attention and analysis in Chapter One – “Dramatic Narratives of the Past: Mythologization and Symbolism”, is directed towards various elements that illustrate the creation of the paradigm of the heroic and the dishonorable. The narrative of the Bulgarian follows the major milestones in the development of community awareness. The heroic characters of Bulgarian national revival drama have their symbolic uses – out-of-context, the characters are perceived as models of the group/national virtues, as carriers of the “national spirit”. An attempt was made to summarize the main characters that come to the figures of the Ruler, the Warlord, the Prophet/Preacher, the Traitor and the Enemy. Bulgarian national revival works create or co-create three of the emblematic national symbols – Rayna Knyaginya, Hadji Dimitar and the first Bulgarian national anthem “Shumi Maritsa”. Chapter Two “Identity and National Symbols” tells of their rising in the light of cultural analysis. The next part “Return to the Present: From Symbolism to Reality” examines the identity-religion relations. The common image of the Greek clergy recreates the national stereotype of the “foreign” – Greek, firmly molded during the struggle for independent Bulgarian church.The final chapter – “Identities: Reality and Desiderations” comments on the Bulgarian national revival projections of modernity. Comedies and social drama pieces expose the confusing otherness. Through those, the drama of choice is followed that originates from the crisis of society readjustment. This final part reveals the Bulgarian fears and longings of Europe. The problematic cores that analyze the “own – foreign” relations are named here. Dramaturgical comments are set forth in the wide thematic field that shapes the questions “Who must we be” and “Who must we not be”. The answer to the former is more difficult to find and that is why it is no accident that Bulgarian national revival drama pieces do not succeed in creating a memorable positive image of the Bulgarian. One of the general contradictions of national identity lies in discovering the balance between tradition and modernity. In the ability to suppress the longings for the foreign and to master the fears of it.Dramaturgy looks for the ideal examples of the Bulgarian in the folklore or in more distant history. The building of identity is a dynamic process that assumes uncertain values in the 1870s. A constant in the molding of the ideas of the Bulgarian is the realized attitude toward it as a ground for pride. The assertion of Bulgarian honor and dignity is now valued as the most positive behavioral model.Bulgarian national revival dramaturgy is one of the most active participants in building the foundation of the Bulgarian national pantheon. The second half of XIX century, when this genre arises and is developed in our literature, is the most dynamic time of the national identity debate. Dramaturgy speaks and implies the significance of the Bulgarian, fills it with dignified content and attempts to predict the threats to national identity. 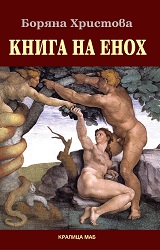 This book is presenting for the first time in full the two main variations of the famous Book of Enoch – the Ethiopian, and the Slav. The style is more popular than academic and helps the reader to get in touch with this mysterious ancient work. 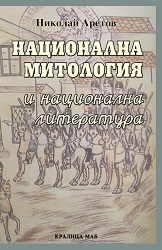 This book examines the main plots in Bulgarian literature of 18th and 19th centuries through which the Bulgarians were building and still build their self-image and their mental maps. These plots and the main figures in them formed one relatively homogeneous mythical structure, presented in the literature. From this perspective, this study examines key tests in the national canon, from Paisius of Hilendar to Ivan Vasov and beyond. 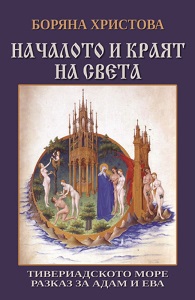 This book presents the two main Old-Bulgarian dualistic apocrypha dealing with the creation of this world, that is part of The Secret Book of Bogomils, and also a legend about the Antichrist and the end of the world. 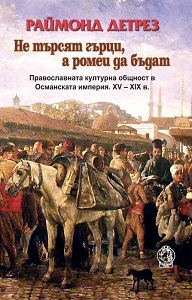 It is always fascinating to know the image westerners had of the "other" Europe during the centuries. The present book contains information that is unknown to the Bulgarian audience, although the Bulgarians often want to know more about it. As a whole, today’s Bulgarians are more or less familiar with France’s cultural presence from the 19th century on and with the community of Bulgarians, speaking French (the so-called Bulgarian Francophonia). However, the cultural presence of France is much more ancient than France’s colonial expansion. Its history, as far as the Balkans are concerned, is rather long and begins with the times when the Bulgarians were considered "Greeks", which meant "Orthodox Christians". By the way, most Balkan Christians belong to the Orthodox Church. For this reason in the memories of the 16th – 18th century French ambassadors to Constantinople the Balkan Christians are mentioned mainly within the context of the Christian-Muslim relationship. That relationship developed in time and space and gave birth to various images of the "other". The present book deals precisely with these images as reflected in French works that have not been translated into Bulgarian. 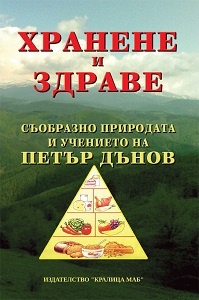 This book summarises the recomendations and the advices of the famous Bulgarian spiritual teacher Peter Deunov (1864 - 1944) adding some extracts from the traditional medicine.