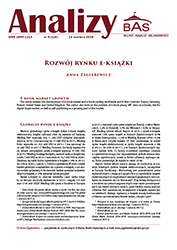 BAS Analyses – An open access journal which publishes articles about current economic and social issues in Poland and abroad. It is available in electronic format only. 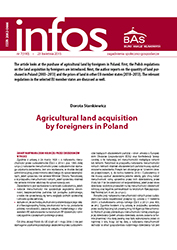 An open access journal which publishes short briefing notes about current economic, social and legal issues in Poland, science and technology developments as well as international affairs and other matters which are important or can be of interest to Polish parliamentarians.

Przegląd Sejmowy was established by decision of the Chief of the Chancellery of the Sejm of 22 December 1992. The journal has been published since 1993, initially as a quarterly, and since 1996 as a bimonthly.

The mission of the journal is to promote the development of scientific knowledge about the parliament and parliamentarism and to disseminate it, and also to support and document the work of the Sejm of the Republic of Poland - the institution of a democratic political system, a forum for public discussion and place for political parties to operate. The aim of Przegląd Sejmowy is to integrate the knowledge from relevant disciplines, such as study of law, social sciences and humanities. 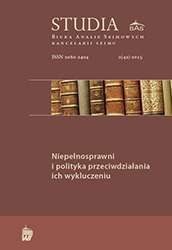 An open access quarterly academic journal which publishes papers about current economic, social and legal issues in Poland. Each issue is dedicated to a specific topic and includes between 6 and 12 articles. 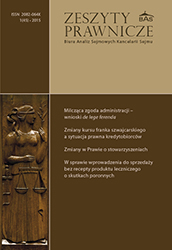 An open access quarterly journal focusing on current legal issues. It publishes articles, review articles, legal opinions and notes on various aspects of the legislative process and legal system in Poland authored by the Chancellery of the Sejm experts, academics and practitioners.