The project 5 Books from Croatia is part of a new push to promote Croatian literature in a more methodical and transparent way. ‘Small’ literatures have always been less visible in the English-speaking world, trailing behind translations from German, French and Spanish. To date, English editions of Croatian authors have been the result of individual endeavours and the passion of a small number of translators and publishers with a special interest in translated literature.

But while ‘big’ languages have a tradition of systematically promoting books, such as the leading publications 10 Books from Holland and New Books in German, Croatian literature is still terra incognita to most publishers, editors and the broad reading public. This is hardly surprising because well-translated, representative excerpts from the best Croatian titles are neither cheap nor easy to come by.

That is why we have decided to launch 5 Books from Croatia – a publication with a clear editorial conception that once per year will present four contemporary authors and one classic, a ‘forgotten gem’. The aim of the booklet is to highlight Croatian authors whose works radiate features of the country’s culture and literature but at the same time possess a timeless and universal human quality. Sizeable excerpts (around 5,000 words each) give a vivid impression of the rich and exciting climate in Croatian literature today.

Each of the four modern, prize-winning authors brings stylistic and genre-specific innovations to the treatment of classical themes such as wars and other historical turning points, or the relationship of the individual and society. 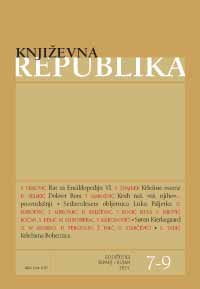 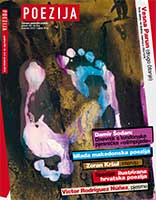 'Poezija' is published by the Croatian Wrighters' Society as a Journal for Poetical Praxis. It was founded in 2005.