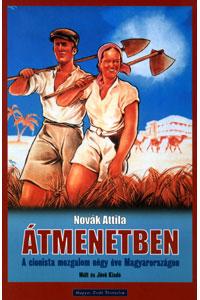 In his book Attila Novák describes and analyses the history of the Zionist Movement in Hungary after the Second World War, as part of one of the most dynamic and successful modern political movements of the Jews in the 20th century. The author highlights various perspectives, a.o. the characteristics of this movement resulting from the Hungarian and Central-East European political and social situations. 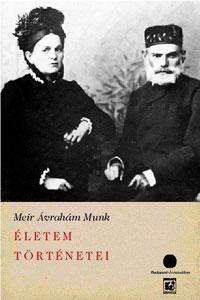 “Szipuréj korot hájáj“ - the autobiography of Meir Ávrahám Munk (Munk Adolf) ) (1830-1907) provides a rare insight into the Jewish life of the 19th century in Hungary. From the original Hebrew language translated by Simon Ardai and Miksa Fábián, Nagykanizsa, 1942 Preface and epilogue by Michael K. Silberis A unique document in the history of Hungarian Jewry. Few book-length autobiographies or memoirs written by Jews in nineteenth-century Hungary have come down to us, and Munk’s composition is additionally the only extant example of the genre to have been written in Hebrew. 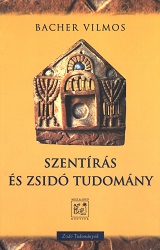 Wilhelm Bacher (January 12, 1850–1913) was a Hungarian scholar, Orientalist, and linguist. In 1877, he was appointed by the Hungarian government to the professorship of the newly created Landesrabbinerschule of Budapest and remained as teacher of the Biblical sciences and Jewish history. The congregation of Pest appointed Bacher director of the Talmud-Torah School in 1885. In 1884 Bacher and Joseph Bánóczi founded the review “Magyar Zsidó Szemle” (Hungarian Jewish Review), which they conjointly edited during the first seven years. In 1894 he assisted in founding the “Izraelita Magyar Irodalmi Társulat” (The Israelite Hungarian Literary Society). This society instituted a new translation of the Bible into Hungarian - the first complete translation due solely to Jewish initiative. The first five volumes of year-books of the society were edited by Bacher in conjunction with F. Mezey and afterward with D. Bánóczi. 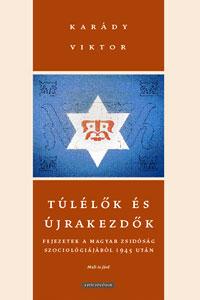 The reader holds in his hands an old/new book, the first version of which was published in 1984 in the now legendary Parisian workshop of liberal political émigrés, the Magyar Füzetek [Hungarian papers], under the editorship of Péter Kende. The present text, which has been re-edited, in part re-written, and supplemented and expanded with the findings of recent research, is the first part of a larger work about the sociology of Hungarian-Jewish survivors. The second part is to be published in a separate volume. The author has forged together statistical indicators, contemporary press articles, autobiographical reports, historical accounts, as well as his own entrance examination results and his experiences as a youth in a sociological system of indicators, in order to portray the collective image of Hungarian Jewish survivors of the Nazi genocide, as well as the trials of their fitting back into society. In separate subchapters, the book discusses the social reception, demography, class relations and (“upward” and “downward”) mobility of the “restarters”, the waves of anti-Semitism after 1945, the mobilising force of Zionism, the extent of emigration, forced assimilation under the Communists, and the possibilities and traps of integration. 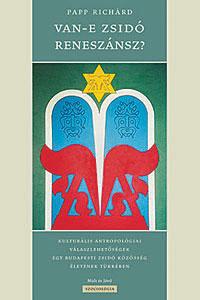 The Hungarian cultural anthropologist Richard Papp highlights the complexity of the question – does the Jewish Renaissance exist. He takes as example the Jewish Community Bethlen Square in Budapest and introduces the reader to the Jewish life in the Betlen Square Jewish community as well as to the Hungarian Jewish culture. 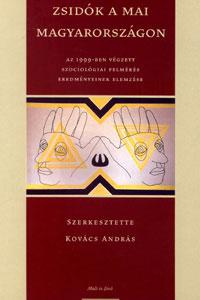 The studies in the volume give a multi-layered sociological portrayal of Jewish survivors of the Holocaust who stayed in Hungary despite their experiences. The portrayal is based on concrete research and the “hard data” of a comprehensive survey. Such a thorough survey has never been undertaken before in Hungarian-Jewish history. The studies comprising the volume arose as the result of sociological research organised in 1999 by the Minority Research Institute of the Sociological Institute of ELTE University in Budapest. The various studies discuss, to a lesser or greater degree of emphasis, the Jewish populace or people of Jewish descent as a special group within the population. Through the dynamics of identity and difference, the authors (Róbert Angelusz, András Kovács, János Ladányi, Tamás Stark, Róbert Tardos) also examine the historical processes influencing the whole of society and determining the past half-century. Their inquiries cover the social and economic roles of Jews in contemporary Hungary, the factors establishing identity, and the broad range of its demographic and historical changes. The main question is, after all, the choice of identity; the possibility that arose after the change of political system has materialised, thus enabling social scientists to address openly the task of measuring Jewish identity and of interpreting the data received. We also publish all the associated statistical data, as well as the complete research material of the survey. In doing so, we offer to the academic and “interested” public a fundamental and standard work of social science and historiography. 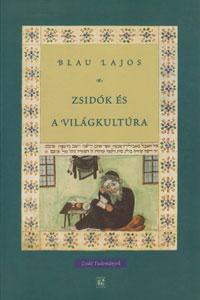 Lajos Blau (April 29, 1861–1936; German: Ludwig Blau) was a Hungarian scholar and publicist born at Putnok, Hungary, and educated at three different yeshibot, among them that of Presburg, and at the Landesrabbinerschule in Budapest (1880-88). He studied philosophy and Orientalia at the Budapest University, received there the degree of Ph.D. cum laude in 1887, and the rabbinical diploma in 1888. In 1887 Blau became teacher of the Talmud at the Landesrabbinerschule, in 1888 substitute, and in 1889 professor of the Bible, the Hebrew and Aramaic languages, and the Talmud. Beginning in 1899 he was also librarian and tutor in Jewish history. He was in 1902 president of the folklore section of the Jewish-Hungarian Literary Society, and editor of the Magyar Zsidó Szemle (Hungarian Jewish Review). He died in 1936. 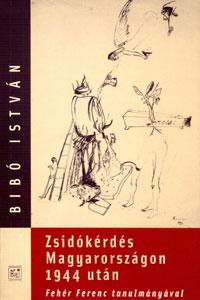 In 1948 in his seminal study “The Jewish Question in Hungary After 1944” István Bibó did draw attention to the role of Hungarian society at large in the implementation of the logic of the Holocaust. Bibó bravely suggested “that the anti-Jewish legislative measures were supported, if not by a clearly visible majority, then at least by a force more massive than their opponents.” What Bibó saw to be a “slippage” from the 1930s onwards resulted in the events of 1944, which Bibó interpreted as evidence of “the moral decline of Hungarian society.” Bibó claims that the opportunities for upward mobility that ‘non-Jews’ seized in 1944 Hungary provided “an appalling picture of insatiable avarice, a hypocritical lack of scruples, or at best cold opportunism in a sizeable segment of this society that was profoundly shocking not only to the Jews involved, but also all decent Hungarians.” This question of postwar remembrance of the Holocaust is of continuing relevance. History is a subject of interest not simply to historians; it has contemporary implications. Whether the Holocaust in Hungary is remembered as a part of or apart from Hungarian history has important implications for the kind of past Hungary remembers. (Tim Cole in Hungary and the Holocaust/Confrontation with the Past/Symposium Proceedings/Center for Advanced Holocaust Studies/United States Holocaust Memorial Museum 2001)