Analysis and Metaphysics is an international journal in scope, submissions and readership. The journal publishes contributions fitting within various philosophical traditions, but manifests a preference of the analytic tradition in the broad sense of commitment to clarity and responsibility. Analysis and Metaphysics will serve both as a forum for and as a liaison among those who are dedicated to advancing the basic principles of philosophy as a constructive permeative reflective force in our culture rather than to restricting them to the advantage of a limited and closed society of professional philosophers. In accordance with these aims, we welcome papers which may best develop and sustain a philosophical continuum between philosophers and professionals of other academic disciplines.

An individualist usually believes that human beings, contrary to what socialists like Karl Marx or Auguste Comte thought, are first and foremost unique, irreplaceable members of the human species, capable of independent thought and action once they reach maturity, and free to choose their conduct based on their conscious thinking. As such, they require the kind of community that makes room for their independence, a community that protects individual rights to life, liberty and the pursuit of one’s chosen goals in life. Although members of the human species and thus possessing a few common attributes, human individuals are a varied lot and flourish best in communities that makes varied pursuits possible, such as the free market political economic order. From time immemorial the individuality of human beings has been evident (mostly so in creative realms such as art, religion and technology) although often suppressed by rulers who wanted a one size fits all type of society to serve their own objectives. So in various historical times it has been a struggle to forge political-legal systems that do full justice to our human individuality.

Answers from a Real Radical - Interviews with Tibor Machan

Machan, a radical libertarian, addresses a wide array of political economic issues, in a variety of interviews he has given over five decades. This book is rich with insights from the classical liberal, laissez faire tradition, the only one that consistently supports the idea of a bona fide free society. Machan discusses innumerable topics with a relentless concern for securing individual human liberty in all of its dimensions.

This book focuses on the notion of citizenship in relation to the notions of human rights, identity and culture. It poses the question of the prospects of a liberal cosmopolitan order dealing with a number of interrelated themes: ethics, emancipation and what Derrida calls the “new humanities;” identity, war and crimes against humanity; citizenship, and education rights within a knowledge economy; colonization, development and peace; changing notions of democracy within an information society; and culture, difference and otherness. These are the themes that make problematic aspects of the liberal cosmopolitan order. One of the main tropes connecting these themes is how the primary liberal values of freedom, emancipation and equality work out in a globalized world. The interrelationship of these values are problematized in different settings as they relate to issues of global world order with a focus on the adaptability of the liberal framework of values and law in creating a genuine cosmopolitan order.

Contemporary Readings in Law and Social Justice promotes critical discussions on problems of social justice, including exploring the meanings of justice that arise in a diverse society, and draws on cross disciplinary research and scholarship to address social justice issues of immediate and wide ranging concern. Contemporary Readings in Law and Social Justice covers a range of topics relating to legal issues surrounding the impact of globalization on social development, providing legal scholars, practitioners, and policy makers with a forum to address and provide solutions to contemporary social issues that are currently under legislative or judicial consideration. Contemporary Readings in Law and Social Justice serves as a point of dialogue between activists, practitioners and academics, publishing writings that reflect theoretical, literary and hands-on approaches toward achieving social justice. 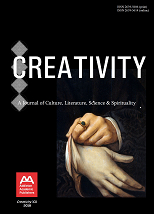 Economics, Management, and Financial Markets provides a forum for theoretical, applied, policy and methodological research into social and economic issues, and publishes high quality original research on applied and theoretical issues related to the changing forms and boundaries of markets and planning, uneven development and world market instability; strategic management, organizational theory; securities trading and pricing. Strong emphasis is placed on critical perspectives, multidisciplinary approaches, the provision and use of empirical evidence, realistic analysis and accessibility to nonspecialists.

The effort to make people equal in various important respects, e.g., wealth, health, education, burdens and advantages of all kinds, is the focus of criticism in this short work. I hold and argue that this effort is misguided, often very harmful and also frequently insidious, a guise for mischief by those who embark on the pursuit. The only valid form of equality pertains to people’s basic human individual rights—all who aren’t crucially incapacitated have these, so they are often called the equal rights of all persons. As regards politics and law this implies that no adult may be treated with special favor or disfavor by the legal authorities, whether in court or via public policy. Since the job of politics is to protect the equal rights of human individuals, everyone is equal under the law. But that’s the end of it, politically. Fairness is not a political good but one that has a role in various social contexts, such as family, teams, clubs, sport, beauty contests, and so forth. And fairness comes into play, other than in these areas, only when people voluntarily join some organization where they expect to be treated as all others who belong. Why so much fuss about equality and fairness? Some of the reasons have to do with the history of politics wherein kings and other rulers were expected to treat their subjects similarly, without favor to some of them and disfavor to others. And there is the tendency to extrapolate from family life, where parents are supposed to be fair to their children. Also, when teachers grade members of their classes, there is an implicit or explicit promise to do so unbiased, without special treatment of any (other than where justified, as when a student suffers from some impediment). But none of these imply or support the policies of egalitarianism. These and related topics comprise the content of this short volume and all egalitarians are invited to reflect on what is discussed here. In the tradition of classical political philosophy, this is not a technical, jargon-laden work, so any citizens can read it and gain food for thought.

Journal of Research in Gender Studies 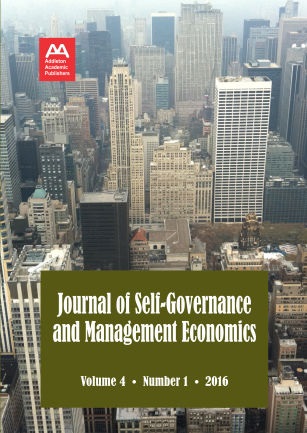 Journal of Self-Governance and Management Economics

Liber amicorum: A Philosophical Conversation among Friends - A Festschrift for Michael A. Peters 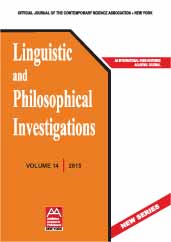 Linguistic and Philosophical Investigations deals with language and the foundations of its study, a subject which is basic to contemporary linguistics and philosophy and which is rapidly becoming indispensable to an increasing number of other disciplines. The journal appears at a time when there is increasing awareness among scholars who deal with language that attempts should be made to exchange information relating to their respective domains of investigation. Linguistic and Philosophical Investigations endeavors to publish general or technical contributions which deal with the foundations of language, study the impact of language on various disciplines, or render the result of research in particular areas fruitful for other fields of study.

In this work I wish to present and defend ‘my’ philosophy or rather the philosophy that I consider sound. In addition, I will also answer a host of questions in the discipline put to me by people over the course of about 8 years as an ‘expert’ on Allexperts.com. The ethics I will be defending is concerned with guiding human living to be successful, to excel as human living in the particular instance of the individual agent. Some minimal general principles will be identified while the highly plural element of right conduct will also be made evident. After I consider ethics, I will turn to politics and explore what kind of communities are best suited for human beings. Such communities may well be highly diverse but arguably, since they are to be places for human beings to live and to flourish, they will have to have certain attributes or constitutive features (constitutions) that are best for people.

Not only is philosophy a discipline that’s rarely discussed outside of the academy; sometimes it’s regarded to be a very curious, obscure subject matter, one that people don’t know where to place. Yet no one can avoid philosophy entirely. Even to try amounts to being philosophical. When it comes to philosophy’s various branches, most would list only ethics as a familiar one since the question of how people should conduct themselves is difficult to classify as a branch of any other discipline, such as sociology, economics or chemistry. Ethics is pretty widely acknowledged to be part of philosophy as well as an everyday concern while it’s also quite problematic. Within ethics it is pretty usual to find that people wonder whether one can discover anything that is objectively true, as most of us would agree it’s possible in fields such as physics or chemistry. The natural or hard sciences, in other words, would all be about what is true, what is not, how we tell the difference, and so forth. Other disciplines are viewed to be less amenable to that possibility. In the field of ethics a lot of people believe truth is difficult if not entirely impossible to find. Is it true that one should not lie, deceive, steal, cheat, mislead, etc.? Or is it something that’s up to the acting agent or one's cultural group? In other words, are ethical claims subjective or objective? Yet that’s not the only branch of human inquiry wherein this issue arises. Are religious claims subjective or objective? Are claims in such fields as sociology, anthropology, or economics open to objective investigation or are these mostly subjective, a matter of what the person who is involved in considering them decides?We often hear that beliefs or claims in these areas are advanced from someone’s point of view, which is to say they are subjective. In this short book that is the issue that’s the central focus: are judgments people make in various fields of concern subjective or objective, can they be the latter or only the former? If the former, will we then ever get to know the world as it really is? Or only as we like it to be or it appears to be? If objectivity is available, is it restricted only to the natural sciences? Or could we be objective about politics, art and psychology? That is basically what this book is about, whether people can obtain objective knowledge.