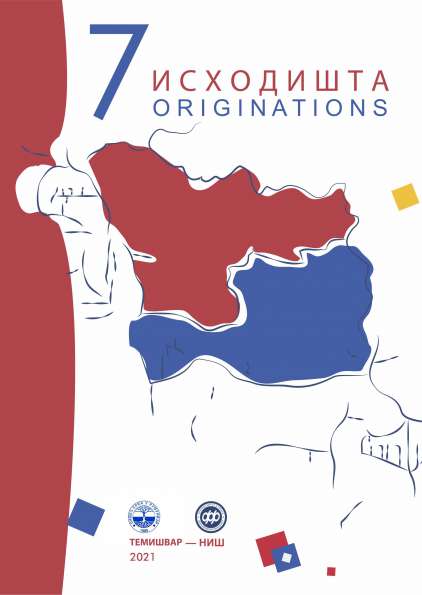 The Center for Scientific Research of the Culture of Serbs in Romania (CSRCSR) as an integral part of the Union of Serbs in Romania was founded in Timisoara on October 9, 2013 at the initiative of University Professor Dr. Mihai N. Radan, with the support of a group of Serb intellectuals from Romania. On the same day, the decision was made to initiate a periodical journal to publish scientific papers based on field work (which is done annually in different areas of the Romanian part of the Banat region) in localities with ethnic Serb population in the Romanian Banat region and research of archival documents on Serbs in Romania that would be conducted by CSRCSR. In 2014, also in Timisoara, the periodical journal Originations was founded as a scientific bulletin of CSRCSR. The West University of Timisoara (Romania), the host of the first international scientific conference on the spiritual and material culture of Serbs in the Banat region, held on October 17-19, 2014, agreed to collaborate with the Faculty of Philosophy of the University of Nis (Serbia), involving colleagues and teachers from Nis in the CSRCSR research project and the joint publication of the periodical, thus extrapolating the issue of future research of Serbs in multiethnic and / or peripheral regions.

The first issue of the journal Originations was published in 2015, and the most recent, the seventh, was published in 2021. The journal publishes research in various fields of spiritual and material culture of Serbs in the above-mentioned regions - linguistics (dialectology, lexicology, etc.), ethnology, ethno-linguistics, history, literature, theology, sociology, etc. By publishing scientific papers, the main objective of the journal is to preserve and conserve the spiritual and material culture (the one preserved so far), especially that of the Serbs in the Banat region (whose future is uncertain), but also those in isolated, peripheral regions.