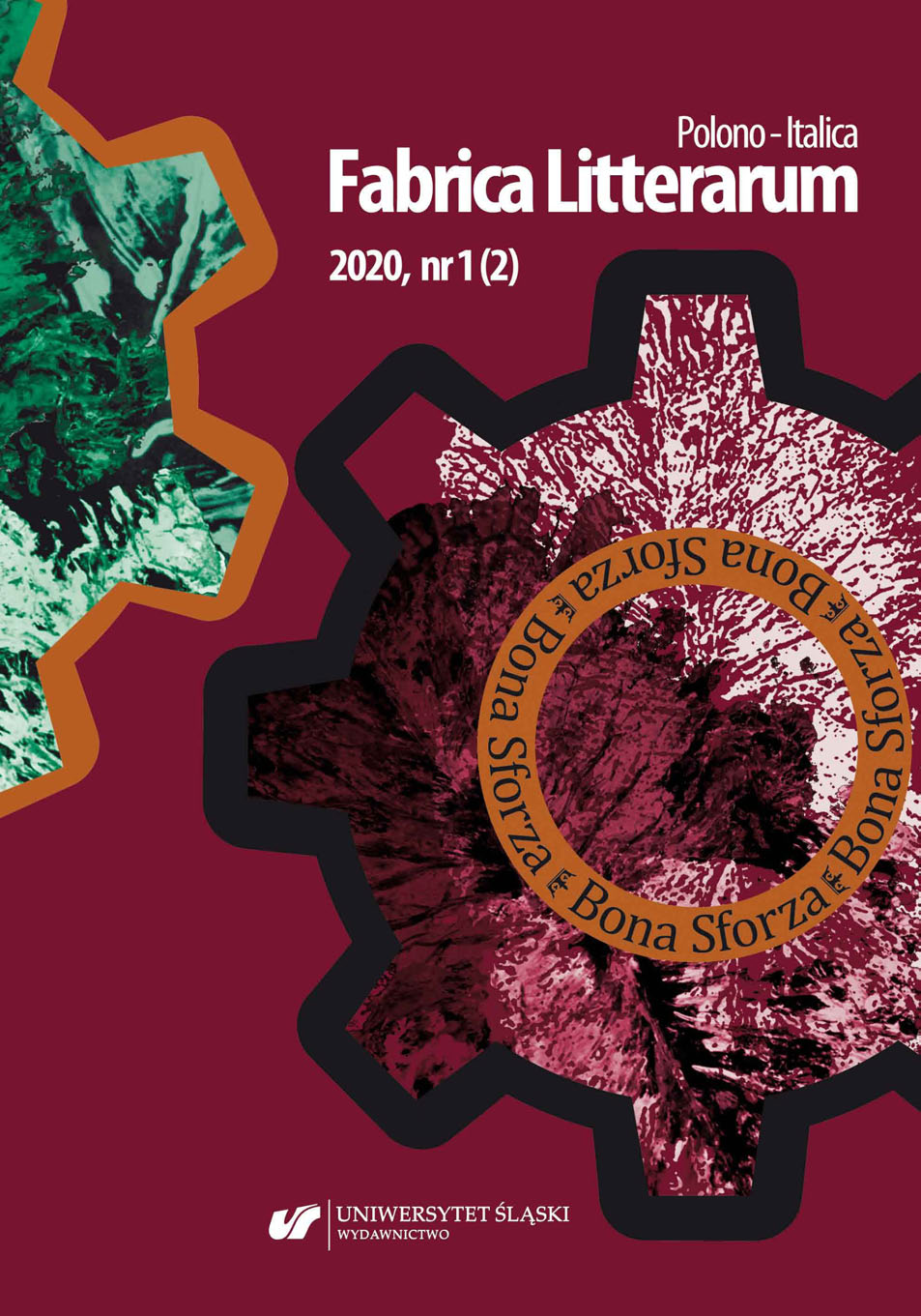 Two intriguing Latin words, fabrica and officina often enter an intimate, grammatical relationship with the notion dear to any philologist, a well-known lexeme – litteraria. Scholars focusing on the European renaissance – perhaps the last epoch believing in the practical aspect of art – are well acquainted with this phraseological alliance, which conjoins two seemingly incompatible cultural elements: the power of practical manufacturing and the force of selfless creation. Language becomes here the tool of an agreement – it combines independent worlds, or proud kingdoms that usually fail to notice one another and thus remain separate, with their backs turned on each other.

The mentioned words, found in the title of this journal, point to Fabrica’s scholarly route, directed at seeking the potential to modernise thinking and the essence of productive modernity that entirely changes the humanist’s toolbox in literary (but also artistic) works. Even though this field seems to be defined precisely (the intersections and borderlands of Polish and Italian literatures and cultures), we are particularly interested in the comparative aspect and moment of the research process. We are thus interested in all the situations that reveal their transmedia character and belong to inseparable, “parallel” – to use Henry Remake’s words – “spheres of humanist expression.” After all, contextual studies remain the mandatory requirement of the modern humanities.

The formal structure of the journal comprises obligatory, permanent and cyclical sections and those occurring irregularly. The first group includes Articles and Studies and Varia, while the other – Translations, Presentations, Chronicle, and Discussions, Overviews, and Commentaries. Each volume – in the Articles and Studies section – will be devoted to a singular, meticulously defined research problem.

The primary (referential) version of the journal is its Internet version.