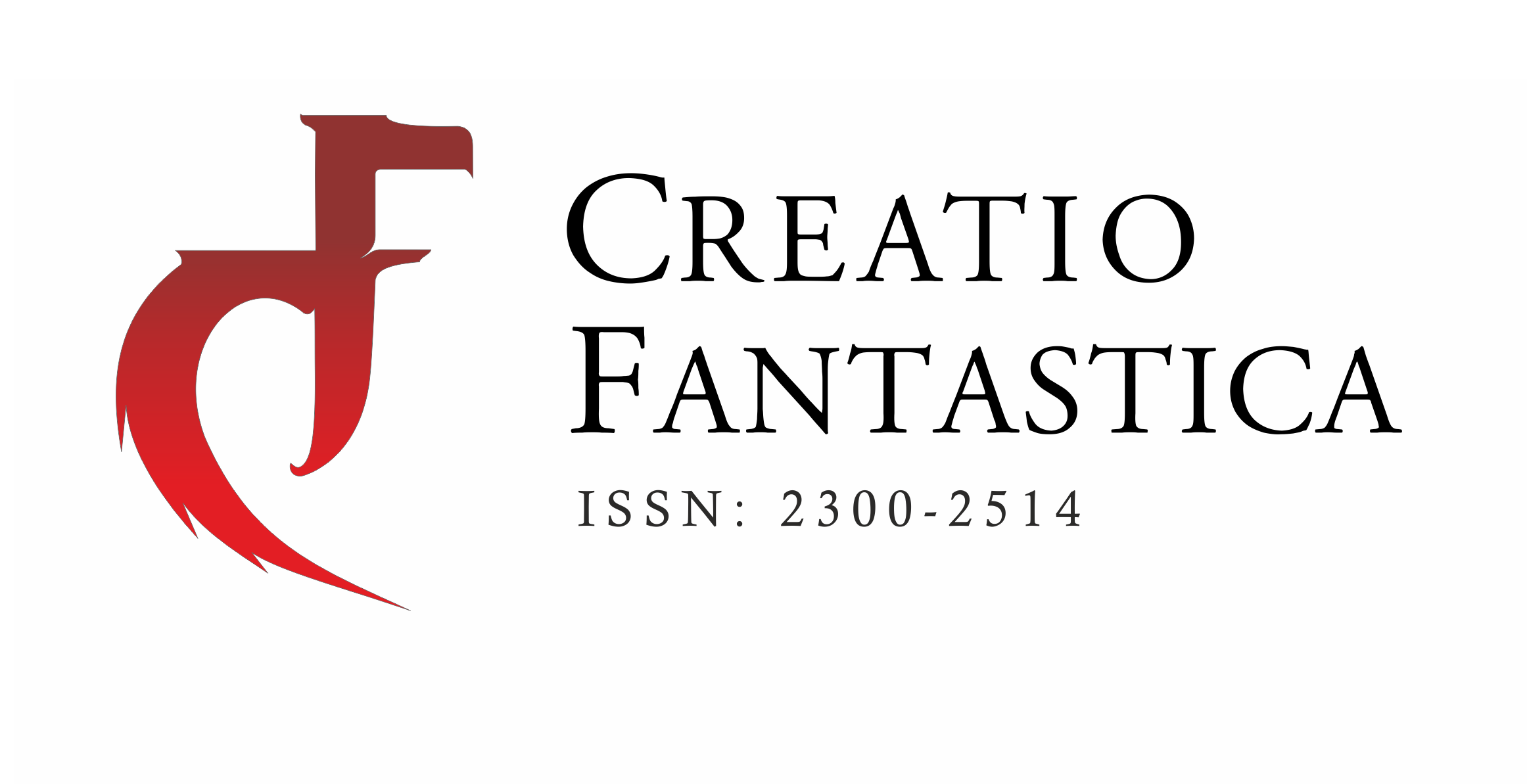 „Creatio Fantastica”, established in 2005, is an academic and literary journal published by Facta Ficta Research Centre non-profit foundation. Both the editorial and advisory board comprises scholars dedicated to the research in the fantasy, science fiction, and popular culture studies.

“Creatio Fantastica” publishes thematic monographic issues twice a year, each time releasing not only academic articles, contributing to the studies in the fantastic, and reviews of the most important books in the field, but also conversations with experts on the leading subject of the issue. As for today, “CF” has presented issues on utopias and dystopias, horror and gothicism, steampunk, posthumanism, young adult fantastic fiction, or fairy tales. Additionally, since 2015, the journal publishes issues narrowed to the analysis of life and works of the most important fantastic writers (most recently: Howard Phillips Lovecraft and John Ronald Reuel Tolkien).

Since its inception, “Creatio Fantastica” editors have been engaged in publishing short stories, from 2014 published in a special section “Litterrarium”. The effort of promoting valuable and promising fiction was recognized in 2015 with the launch of the series “Creatio Continua” which is meant to feature thematic anthologies of both classical and contemporary Polish fantastic fiction.