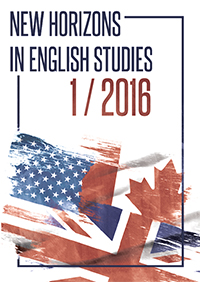 New Horizons in English Studies established in 2016 publishes research in English-language literatures (English, Anglo-Irish, Anglo-Scottish, British, American, Canadian, Australian literature, to name just a few), linguistics, and cultural studies. Submissions may have a theoretical or analytical orientation, and the relevant issues include, but are not limited to, narratology, narrative styles, constructions of literary or film characters, history of literature or film, the semantics, morphology, pragmatics, phonetics, and phonology of English, varieties of English, world Englishes, translation, media and film portrayals of people(s) and events, transmedia storytelling, cultural categories and cultural models.