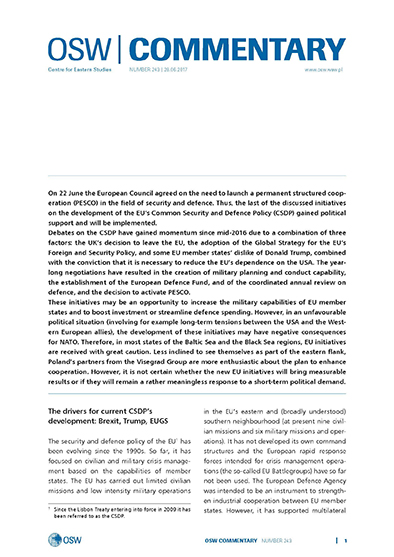 Author(s): Jadwiga Rogoża
Subject(s): Governance, Developing nations, Corruption - Transparency - Anti-Corruption
Published by: Ośrodek Studiów Wschodnich im. Marka Karpia
Keywords: Russian elite; governance; democracy
Summary/Abstract: The last month has seen a public confrontation between Igor Sechin, the president of Rosneft, and Arkady Dvorkovich, the deputy prime minister, concerning the consolidation of the energy sector. This is the latest in a series of disputes between the Kremlin & businessmen from Putin's inner circle on one side, and the government & Prime Minister Medvedev on the other.These disputes have been wide-ranging in nature, concerning economic policy, the scope of competency of individual members of the elite, but also the 'tough line' adopted by the Kremlin since Vladimir Putin’s return to the presidency.The Kremlin, which is still the main decision-making centre in Russia, has been effectively forcing its opinions through in its short-term disputes with the government. However, a new element in the ongoing conflicts, which is unfavourable to President Putin, is their exceptional strength, their much more public nature, and their wide range (which has included criticism of the president himself) and ever-changing context, especially the worsening socio-economic situation. These conflicts have been overlapping with signs of dissent among Putin’s business supporters, and their declining political willingness to support the leader unconditionally. The Kremlin's response to the unrest consists of intensifying efforts to discipline the elite and weakening those groups in which Vladimir Putin has limited confidence. The elite’s support is crucial to the stability of his government; to maintain this support, the Kremlin is ready to introduce restrictive and repressive actions against both parliamentarians and government officials. In the short term, such a policy will force the Kremlin’s supporters back into obedience, but fears of a further increase in repression are also starting to be expressed on the sidelines.