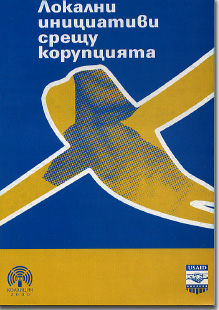 Contributor(s): Author Not Specified (Editor)
Subject(s): Politics / Political Sciences, Politics, Social Sciences, Economy, Law, Constitution, Jurisprudence, National Economy, Civil Society, Sociology, Economic policy, Applied Sociology, Evaluation research, Economic development, Law on Economics, Socio-Economic Research
Published by: Център за изследване на демокрацията
Summary/Abstract: This brochure represents an attempt to analyze and summarize the activities and results of the first stage of the Small Projects program of Coalition 2000. Following a competition held in the beginning of 1999, thirteen non-governmental organizations, most of them based in different Bulgarian town and cities, were included in the first pilot stage of the program. They include: 'Civic Council in Razgrad' Citizens Coalition, 'Stefan Stambolov' Bulgarian Youth League - Smolian, Center for the Study of Political Processes - Shoumen, 'Lecturers' NGO - Plovdiv, 'Revived Civil Society' Regional Association - Pleven, InfoEcoClub - Vratza, Black Sea Legal Community - Bourgas, 'Sexaginta' Open Education Youth Center - Rousse, as well as the Sofia-based Christian Revival Movement, the Corruption-free Society Association, the Association of Young Lawyers, the Foundation for Entrepreneurship Development, and the Bulgarian Association for Fair Elections and Civil Rights. Within a time frame of three months (April - June 1999) they conducted activities covering the whole spectrum of the anti-corruption campaign: participation in the Clean Future Public Awareness Campaign, local government monitoring, establishment of anti-corruption structures, using different instruments to expose and curb corrupt practices in the respective municipalities.Despite the fact that such a short time frame does not enable the potential of the Coalition 2000 local initiatives to be fully utilized, the experience accumulated during that time can be used to map out future spheres, forms of organization, and instruments in this new part of Bulgarian reality. This is why the brochure focuses on the practices which seem most promising for our future work. It will continue with the second stage of the Small Projects 1999-2000 program within whose framework a permanent cooperation structure will be established with local NGOs as part of the Coalition 2000 process. In a structural respect the pamphlet consists of two main sections. The first contains analyses of the pilot stage of local initiatives conducted by Coalition 2000 experts. The second section presents the so-called "best practices", as well as some sociological studies conducted by our local partners. With the stipulation that these are initiatives in their pilot, i.e. experimental, stage we recommend them as already tested instruments which could effectively be used to accomplish the goals of anti-corruption activity. A List of Activities under the Small Projects program of the 13 NGOs is appended.