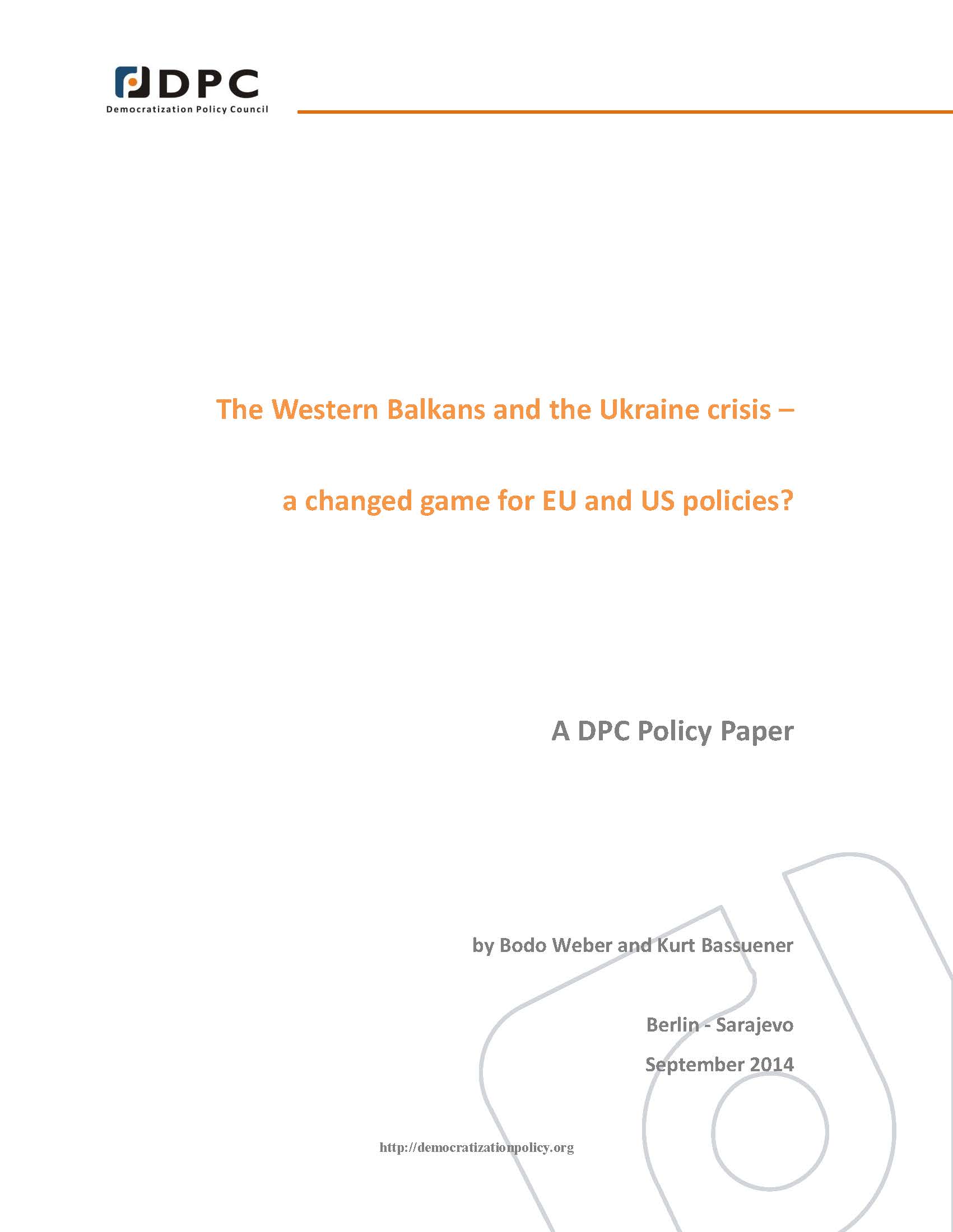 Author(s): Bodo Weber, Kurt Bassuener
Subject(s): Politics, Government/Political systems, Security and defense
Published by: DPC Democratization Policy Council e.V.
Keywords: Western Balkans; Ukraine crisis; EU; US; policy; Russia; energy policy; geopolitics;
Summary/Abstract: Well before the ongoing Ukraine crisis began in late 2013, Russia had asserted itself in the Western Balkans politically, often using economic leverage to that end. A lack of Western unity has enabled Moscow’s efforts. Russian interests are in play throughout the region, but are most problematic in Serbia and Bosnia and Herzegovina, the latter through the Serb entity, the Republika Srpska. The full extent and nature of these relationships are shrouded in opacity. Yet both are increasingly problematic for Western interests, and even European security. The conflict in Ukraine, and the resulting impact on the relationship between Russia, the EU and the US, has affected developments in and around the Western Balkans in different ways. The Ukraine crisis has drawn Western policy attention away from Balkans. Yet the region has become an additional proxy battlefield in this new geopolitical conflict, symbolized by intensified Russian diplomatic and propaganda activities aimed particularly, but not exclusively, at Serbia. The various international and Western Balkan actors have occupied different policy positions. The EU among its 28 members, the EU as a corporate body and the US, have struggled to articulate a joint policy position to counter Russia’s aggression in Ukraine, often based on varying levels of economic – and especially energy – interdependence with Russia. Security perceptions vary according to both distance from Russia and the historical nature of the relationship, with Baltic states and Poland most adversarial in their posture toward Moscow. In parts of the Western Balkans where a joint Western policy had already coalesced, such as with the Serbia-Kosovo dispute, the EU and the US have maintained a common policy despite the differences in confronting the challenge posed by the Ukraine crisis. Yet in Bosnia and Herzegovina, Western reactions mirrored the existing policy divide. It remains to be seen whether the roles and opportunities of European and American energy companies in the Western Balkans will be affected by the Ukraine crisis or whether they will influence individual Western countries’ policies towards the region. Yet at present, the Ukraine crisis has added substantial resolve to the European Commission’s already standing existing objections to the South Stream pipeline in Bulgaria (and Serbia) for its breach of EU regulations, to the dismay of the six EU member states participating in the project.