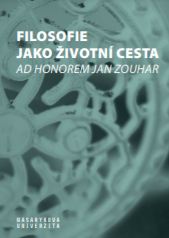 Author(s): Ivo Pospíšil
Subject(s): Philosophy, Special Branches of Philosophy, Recent History (1900 till today), Higher Education , History of Education
Published by: Masarykova univerzita nakladatelství
Keywords: philosophy of a key personality; origin; love flare; correspondence as evidence of life crossroads;
Summary/Abstract: The presented contribution analyses – in the context of Jan Zouhar’s research scope and also on the background of the professional interests of the immortalized František Kautman (1927–2016) – the ‘philosophy’ of T. G. Masaryk’s (1850–1937) work. At the beginning, there are new publications on his alleged origin from the family of the Austro-Hungarian monarch, further their fictionalization, the investigation of his late sexual life and, last but not least, the flow of his juvenile correspondence with Zdenka Šemberová (1841–1912). For her, this communication was full of erotic and intellectual hopes which were not fulfilled and led to her lifelong loneliness and resignation, especially after the death of her father Alois Vojtěch Šembera (1807–1882), professor of Vienna Slavonic studies, one of the first opponents of the medieval authenticity of the legendary Czech Manuscripts, all of this on the background of the life of the university and Czech Vienna, where they both lived, and the adjacent Moravia. Masaryk, with his weak knowledge of standard Czech, Šemberová, at that time already a mature lady, record in their correspondence the course of their lives, their opinions, readings, and document their intellectual maturing. Their correspondence represents evidence of the lives of both: Masaryk was gradually becoming a scholar and mainly a politician, and understood their correspondence, from which Zdenka expected also an amorous fulfilment, as a mere practical exercise in stylistics and a confrontation of opinions. Their correspondence throws a new, not always favourable light on the youth of the future Czechoslovak president. Already there, the elementary features of his personality were taking their shapes.