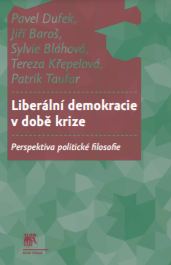 Author(s): Specified No Author
Subject(s): Political Philosophy, Political Theory, Government/Political systems
Published by: Masarykova univerzita
Keywords: liberal democracy; crisis; political philosophy; summary;
Summary/Abstract: In the course of the past two decades, a curious paradox has emerged. On the one hand, liberal democracy has spread across continents, being touted as an exemplar of good rule – or even, in the eyes of many, the only legitimate type of rule. This belief has driven much scholarly research into the impediments to successful democratisation. On the other hand, there is a growing sentiment in political philosophy/theory that Western-type liberal democracy is undergoing a deep crisis which threatens with political, cultural, economic, environmental etc. doom, or at least protracted agony, unless something transformational happens to both democratic theory and practice. The list of challenges, threats, deficiencies, and promises is a long one, covering basically any problem contemporary democratic societies are faced with. In a peculiar sense, this is actually good news for political philosophy, because the discipline has been long understood by many of its practitioners as especially qualified for providing a competent diagnosis of what has gone wrong and why, as well as of how (liberal) democracy could be saved. After all, periods of history which witnessed momentous societal changes or crises tended to correlate with canonical works of political philosophy, as documented by such authors as Plato, Aristotle, Augustine, Machiavelli, Hobbes, Locke, Tocqueville, Mill, Marx, Arendt, Hayek, or Rawls.