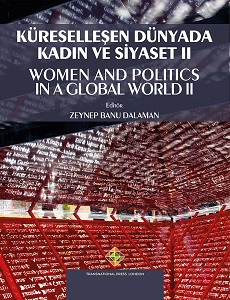 Author(s): Tsetsegjargal Tseden
Subject(s): Gender Studies, Family and social welfare, Migration Studies
Published by: Transnational Press London
Keywords: Bi-national migration; Marriage migrant; Mongolian woman;
Summary/Abstract: Marriage migration of Mongolians to South Korea has increased since mid-1990s, in company with immigrant laborers and became one of the primary contributors to the bi-national population movement. And, tens of thousands of Mongolians expatriates are one of primary contributors to the first-ever multicultural trend throughout Korean history. Owing to the political, economic, and social transformation of the transition period, all Mongolians had been suddenly endowed with a great deal of freedom and personal opportunities which were beyond the boundary conception under the socialism and planned economy. While Mongolian people were involved in the abruptly-switching environments, they might anticipate witnessing the short-term outputs and enjoying a huge benefit from the shift term. The reality of the Mongolian society was, however, somewhat different from their expectation. Especially, it has not brought any breakthrough in the political, economic, and social status of Mongolian women, except for education. Notwithstanding the high level of educational qualifications of the women, they were barely standing on more competitive prestige than men in Mongolian society. Instead, Mongolian women’s participation rate in paid jobs has rather decreased. Another consequence of the ‘reverse’ gender gap of the education attainment level created a serious imbalance between males and females in orbit for marriage. This social mood of Mongolia naturally influenced many women to migrate into, mainly, South Korea for the purpose of marriage as a way to improve the standard of living for themselves and their family. This paper seeks for in-depth discussion on the future-centered approach from gender and family perspectives by looking over a close bi-national relation between bother nations, articulating characteristics of Mongolian expatriates and female marriage migrants in South Korea, analyzing their socio-cultural impact on Korea’s multiculturalism, thinking about a role of Mongolian female marriage immigrants, being interconnected with South Korean society’s forthcoming future.