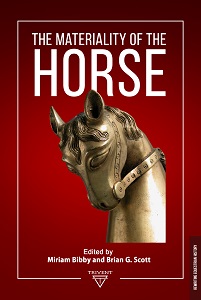 Author(s): Gail Brownrigg
Subject(s): History, Middle Ages
Published by: Trivent Publishing
Keywords: Horses; New Forest; Pony breeding; Free-ranging ponies; New Forest ponies; Hunting; Commoners’ rights; Middle Ages; Forest law.
Summary/Abstract: In the Middle Ages, the New Forest was a royal hunting ground, in which deer and other game were protected by strict Forest Laws which restricted farming, enclosure and other use of the land. Local people were, however, permitted to depasture livestock on the “wastes”. Certain “Common Rights” became established, which are still in existence today. Ponies would graze the heaths and woodlands until they were needed for work, and their offspring sold. Today, some 5,000 ponies still range free over the open Forest, seeking out food, water and shelter according to prevailing conditions. They are all in private ownership, but live wild with minimum intervention, just as they have for the last thousand years and more. Many brood mares spend their whole lives fending for themselves on the Forest, while the stallions which are turned out are carefully selected, and premiums are offered for the best stock. The young ones are rounded up for sale or use, providing an income for the Commoners. Five Agisters – whose office can be traced back to medieval records - supervise their welfare, ensuring that any which are not thriving are removed to the owner’s holding. Legislation is still upheld and conflicts resolved in the traditional Verderers’ court. With a greater emphasis on bloodlines and pedigree and the opportunity to exhibit their stock at horse shows, today’s Commoners are rightly proud of this ancient, versatile and hardy breed. Knowledge of the best type of animal to maintain condition over the winter, where to find the herds when they are wanted, and how to catch, handle and train the ponies, is passed down through the generations. Pony breeding and management in the New Forest have changed little since records began, representing a continuation of medieval practice.

Book: The Materiality of the Horse