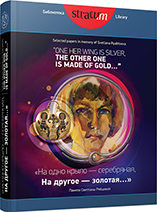 Author(s): Denis A. Topal
Subject(s): History, Archaeology, Cultural history, Military history, Ancient World
Published by: Издательский дом Stratum, Университет «Высшая антропологическая школа»
Keywords: Vettersfelde; Witaszkowo; hoard; Scythian period; Cyzicus;animal style;
Summary/Abstract: Among all the hoards consisting the ceremonial akinakai the assemblage of items discovered in 1882 near the Vettersfelde village is the most reliable. It contained richly decorated golden objects in conventional geometric and animal style. Judging by the plots presented on the objects in the animal style like a fish-shaped plaque, a clover-shaped phalera and a scabbard of a sword, they make up a solid ensemble, most likely made simultaneously in one workshop. Most scholars have dated the hoard within the framework of the late 6th — early 5th centuries BC, at the same time, among all of the objects of this set of items, the sword occupies the earliest part of the chronological range. The manufacturing of hoard items from Vettersfelde is usually associated with the Milesian colonies of the Pontic region, while for the artist certain bilingualism is documented, allowing him to use both Greek and barbaric expressive means — pairing, symmetry, repetition and antithesis, among them. Most likely, the choice of metaphors for the narrative was not accidental, and, undoubtfully was recognized both by its performer and the recipient, but the metaphor of the lion hunting deer was apparently the main one and therefore is repeated on all objects of the zoomorphic ensemble. If the localization of the hoard production is moved beyond the northern or western coast of the Black Sea, then it can be noted that the Milesian colonies of Eastern Greece can also claim the role of a source of origin for Vettersfelde hoard. In particular, according to many parameters, Cyzicus is suitable.