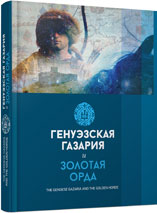 Author(s): Konstantin Aleksandrovich Rudenko
Subject(s): History, Archaeology, Geography, Regional studies, Human Geography, Regional Geography, Historical Geography, 13th to 14th Centuries, 15th Century
Published by: Издательский дом Stratum, Университет «Высшая антропологическая школа»
Keywords: Middle Volga Region; Volga Bulgaria; Golden Horde sites;historical geography;
Summary/Abstract: The author provides general characteristics for over a hundred of archaeological sites of the Golden Horde time on the territory of the Volga Bulgaria, such as forts, unfortified settlements and necropolises. He studies history of their research, area of distribution, topography of some sites, stratigraphy and chronology, archaeological material, and historical context of their emergence and development.Archaeological research of 19th—20th cc. detected at least 330 settlements — both fortified and unfortified. Best studied are forts, i. e. remains of towns and fortresses. Yet, only a small part of archaeological forts can be identified as historical towns mentioned in written sources. Thus, the article first studies towns known from written sources (with Bilyar and Bulgar as the largest ones), then the forts that emerged in pre-Mongol period and continued to exist over the Golden Horde time, and then the forts emerged during the Golden Horde time and unfortified settlements, and last — necropolises of late nomads on the territory of Bulgar Ulus. Necropolises left by the settled population are considered in parallel with the respective settlements.