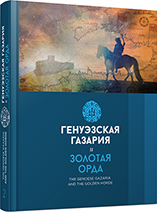 Author(s): Lilia V. Yavorskaya
Subject(s): History, Archaeology, Middle Ages, 13th to 14th Centuries
Published by: Издательский дом Stratum, Университет «Высшая антропологическая школа»
Keywords: Eastern Europe; cities of the Russian north-west; cities of the Golden Horde; bone pavements; archaeozoological research; taxonomic composition; anatomical spectrum; handicraft production of animal ma
Summary/Abstract: Novgorod and Pskov, medieval cities of the Russian North-West, are known for concentrations of bones dated by the early 16th century. These “bone pavements” consisted of the remains of meat trade, which were used within the urban space as a sealing layer under wooden structures, that is, for the site improvement.The article analyzes species and anatomical set of bone concentrations found in another cultural-landscape space of medieval Eastern Europe — in three cities of the Golden Horde: Azak, Majar and Bolgar. Within these concentrations, the usual taxonomic set of animal bone remains is recorded, but somewhat depleted. Shares of bones of birds and fish, as well as wild mammals and domestic animals are significantly less numerous than in ordinary household accumulations. In some concentrations, the share of horse bones is sharply reduced. Basically, the osteological range in these concentrations includes the remains of cattle, with a particularly high share of small cattle, which can exceed the share of big cattle by 2—5 and even 8 times. An analysis of the anatomical collection of bones from the concentrations revealed two sets of cattle remains. The first set, consisting of the remains of the heads and lower parts of the limbs of animals, we associate with industrial waste from large-scale slaughter of livestock for their hides. The second set: scapular, radial, femoral and tibial bones of cattle, shoulder blades and tibial bones of small cattle are interpreted as blanks of bone material for the production of products. Thus, bone accumulations in the cities of the Golden Horde have a “production” origin. All such concentrations were found in the the craft quarters of cities, and in case the respective anatomical set of bone remains is documented by archeozoological study can serve as a marker for existence of craft activities, aimed at production of articles from raw animal material.