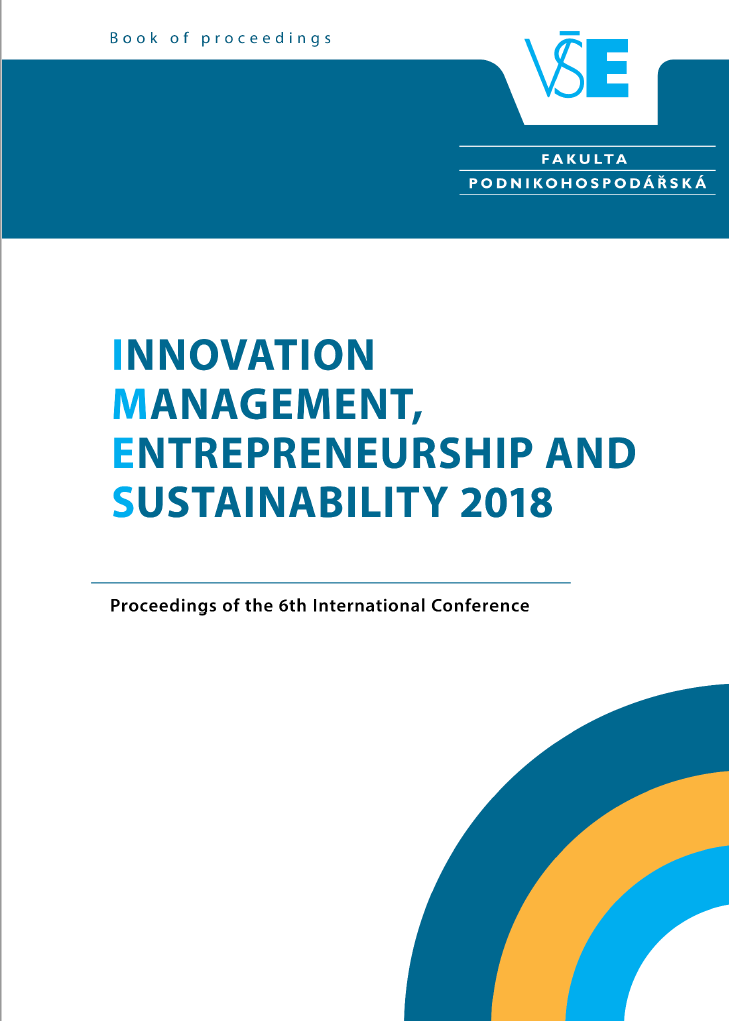 Author(s): Veronika Humlerová, Petra Pártlová
Subject(s): Social Sciences, Economy
Published by: Vysoká škola ekonomická v Praze
Keywords: SMEs; structural funds; regional development; self-employment
Summary/Abstract: Purpose:The aim of the paper is to discuss the current situation of small and middle-sized enterprises and their viability, possible trends and development in different regions. The paper deals with the financial subsidies of the European Union used by small and middle-sized enterprises and the absorption capacity –whether the enterprises used up the subsidies during the project. Design/methodology/approach: The paper applied the statistical analysis of sample indicators, their comparison regarding different territorial units and a follow-up synthesis. Data was purchased from Ekotoxa. Part of the data was from the 2007-2016 Structural Funds outlook survey report available from the Ministry of Regional Development survey. The adjustment of time series of sample indicators was carried out, using trend functions, such as the trend of progressivity of the economic structure. Cartographic outputs were created by ArcGISprogram. Findings:The cartogram for the Czech Republic revealed that regions with a high index ofprogressivity of economic structures are polarized areas around major cities (see the regions of Praha, Karlovy Vary, Central Bohemia, Moravian-Silesian region). Increasing progressivity, sophistication, knowledge and technological demands of economic activities increase their concentration is in the most advanced metropolitan regions. Examples of such trend include location of large companies, progressive tertiary sector, and company headquarters of high-tech manufacturing industries. These progressive regions were able to make the best use of subsidy policies in the 2007-13 programming period, their position and trend could be strengthened. Research/practical implications:As shown by the results of out research, different regions report great disparities, both regarding the development of SMEs and their ability to use the subsidy schemes of the European Union. The most important leaders, except Prague region are the enterprises in the regions of South Moravia, Central Bohemia, Oloumouc and Ústí nad Labem. The regions of South Bohemia, Plzeň and Pardubice were lagging behind (during the research period of ten years). These results should be used as a guideline for current and subsequent periods, allowing more precise regional policy instruments in the future. Originality/value:The results use data that was processed into higher territorial units and thus they show the overall image and trend of the business sector (SMEs) in different regions. In addition, the progress of SMEs in the whole Czech Republic was analysed and, finally, the absorption capacity of individual legal forms was defined. The procedure shows the suitability and applicability of the individual grant titles. Furthermore,it shows the need for the dynamics and non-consistency of the sample indicators in different regions.