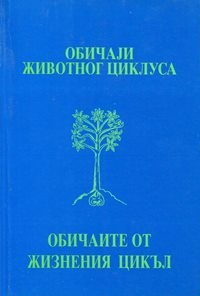 Author(s): Miroslava Lukić-Krstanović
Subject(s): Cultural Anthropology / Ethnology, Culture and social structure
Published by: Етнографски институт САНУ
Summary/Abstract: The individual life cycle and the public life represent the relevant coordinates of the social reality, especially in crisis. Young people who just have stepped into the adolescence become the significant agents in the planes of public life, customs, rituals, ceremonies (from the immatriculations and the celebrations of the end of the school, going out and having fun with the friends, internet communication, to their presence and engagement at various mass-happenings, such like the sport manifestations, the musical spectacles and the political meetings). My intention in this paper is to point out the significance of the public gatherings for the process of high-school students getting mature, and respectively to point out the way the entering the public sphere experiencely marks the creation of the life-style and of the cultural concepts, especially in the time of social crisis and transition. I did the researches amongst girls and boys living in Belgrade during 2001 (over 70 high-school students underwent the questonarie, while part of them took part in the open discussions on this topic). The adolescent personality was identificaly marked according the affinities, the image, the cognitive thought, and the cultural and the ideological destinations in the complex network of spatial, temporal and ritual interactions. Such network indicates multifarious strucutre of cultural and social stratification, which either function parallely or which are mutualy exclusive on the symbolic level. The image, the behaviour, the language of mass in the system of the symbolic meaning, all could be obesrved based on the analogies of the cultural styles and of the centres of power which design the public scene; they also could be observed based on the homologies as the agreements of fashion, music, behaviour and slang.