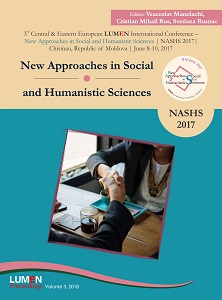 Author(s): Codrin Codrea
Subject(s): Essay|Book Review |Scientific Life
Published by: Editura Lumen, Asociatia Lumen
Keywords: stipulatio alteri; contract in favour of a third party; relativity of contracts; privity of contracts; Roman law.
Summary/Abstract: The Roman law institution stipulatio alteri, introduced as an exception to the unyielding contractual principle Res inter alios acta, aliis nec prodesse, nec obesse potest, can be found in most of the contemporary European legal systems, in the same legal position, as an exception to the principle of contracts taking effects only between parties. This principle, which takes its unaltered substance from the Roman law, is differently referred to in continental and common law legal systems – if in the first legal family it is referred to as the relativity of contracts, the equivalent notion applied in common law legal systems is the privity of contracts. All contemporary European legal systems, however, recognize both the overarching principle of contracts producing binding effects only between the parties and the exception to this principle, the contract in favour of third parties, as it is provided in the French Code Napoleon of 1804 and in its Romanian acculturation, the 1864 Civil Code, just as it is in the contemporary French and Romanian Civil codes, articles 1121, respectively articles 1284-1288, in the Bürgerliche Gesetzbuch, the German private law code, § 328 I, and in common law legal systems as jus quaesitum tertio. This article investigates the structure stipulatio alteri had in Roman law, the arguments and debates surrounding this institution as an exception to the inter partes effects of contracts, and the legal configuration it has in some contemporary European legal systems.