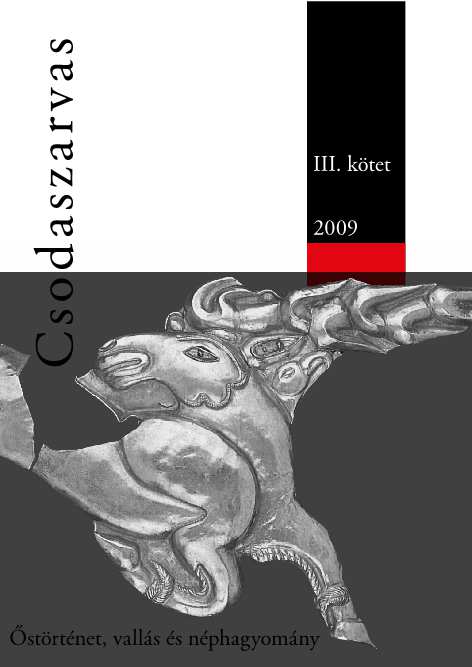 Author(s): Zoltàn Kordé
Subject(s): Ethnohistory, 13th to 14th Centuries
Published by: Molnár Kiadó
Summary/Abstract: The goal of this study is not to offer a solution for all the details of the particularly complex and controversial problem of the origin of the Székelys. The author discusses and examines in detail three important aspects of the problem and argues against contrary opinions. The first aspect of the problem is that of the origin of the ethnic name Székely. The author states that it cannot have come from the early Hungarian occupation names for "border guard" (speculator, custos), "shooter" and "archer" (sagittarius), but, in agreement with other researchers, compares it to .skl (in the Arabic script), the name of a Volga Bulgarian tribe, and claims that this solution is the strongest one regardless of the etymological difficulties. The second aspect of the problem is the examination of the earliest Székely traditions. The author—responding again to different opinions—concludes that the Székelys did not have either original, or fictional, artificially created traditions connected to Attila or the Huns. Their original traditions were tied to the eastern Aba clan from Khwarezm, and to one of its members, Csaba. In the 13th century, Hungarian chroniclers, especially Anonymus and Simon Kézai, joined this with the Hungarian Hun traditions mostly developed by them—and thus the legend of the Hun origins of the Székelys was created. Then, the problem of this ethnic group joining the Hungarian tribal confederation is discussed, and the author prefers the view that the Székelys joined the Hungarians together with the Kabars around the middle of the 9th century. We know from the writings of the Byzantine emperor Constantine VII Porphyrogenitus that the Kabars became military auxiliaries of the Hungarians. They had three tribes and one prince, but they were subordinated to the Hungarian tribal alliance. The Székelys might have been the leading tribe of the Kabars, and the princes of the Aba clan might have emerged from them. In the course of time, the two other Kabar tribes adopted the name "Székely," and thus, during the foundation of the Hungarian state, when the tribal system was dissolved, the Kabar nation continued its life with a different name (Székely) and in an organized way, but their task was the same as earlier: they fulfilled military duties and served as border guards for the Kingdom of Hungary.