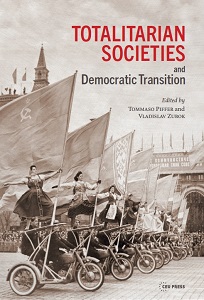 Author(s): Antonella d’Amelia
Subject(s): Politics / Political Sciences, History
Published by: Central European University Press
Keywords: Censorship;totalitarianism;
Summary/Abstract: A fate of death or loss of freedom marks the history of Russian culture: “Beatings, imprisonment, deportation, exile, forced labor, the gallows, the bullet of a carefree duelist—this is but a brief catalogue of the laurels crowning the head of the Russian writer.” Thus noted the exiled poet Vladislav Khodasevich in his 1932 essay, eloquently titled Krovavaia pishcha [Bloody food]. Thinking back on the ordeal suffered by written word in nineteenth-century Russia, he recalls the death sentences commuted to exile in Siberia of Alexander Radishchev and Fyodor Dostoyevsky; the deportation to Siberia of Decembrist poets’ Kondraty Ryleyev’s death sentence; the deaths of Alexander Pushkin and Mikhail Lermontov, caused by courtly plotting; the isolation of Pyotr Chaadayev, declared insane because of his philosophical letters; Alexander Herzen’s exile; and many other similar incidents. In the course of the twentieth century, after the revolution, this unfinished list of tsarist cruelties was lengthened and duplicated by the killing or silencing of an equal number of writers and poets. These subsequent instances of violence included Nikolay Gumilyov’s execution and Alexander Blok’s long spiritual agony (1921), the suicides committed after much deliberation by Sergei Yesenin (1925) and Vladimir Mayakovsky (1930), Pavel Florensky’s deportation to the Solovki Islands and execution (1937), the emigration of the country’s most significant literary voices, the arrest and thirty-year intellectual isolation of the philosopher and critic Mikhail Bakhtin, the arrest and death sentences of Boris Pilnyak (1929), Nikolai Klyuev (1937), and Isaac Babel (1939), Osip Mandelstam’s deportation and death in a transit camp (1938), Alexander Vvedensky’s conviction for anti-Soviet activities (1941), Daniil Kharms’s death in a psychiatric hospital (1942), Varlam Shalamov’s and Aleksandr Solzhenitsyn’s forced labor in the gulag system, the creative silence imposed on many, and finally the “fall and demise of the Soviet intellectual.”