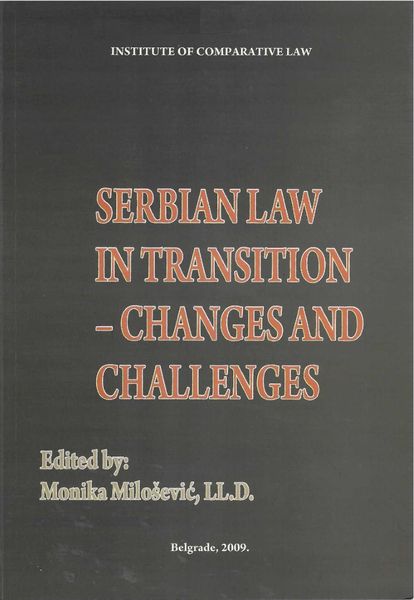 Author(s): Slobodan Vuković
Subject(s): Media studies, Politics and communication
Published by: Institut za uporedno pravo
Keywords: media; anti-serbian propaganda; negative image
Summary/Abstract: This article is a part of one big study – monography that was written by Slobodan Vuković : „The Ethics of the Western Media“. In that book the Anti-Serbian propaganda and the hate speech against Serbs, that were charactersisticof the preceding two decades, are analyzed. But, someone could ask why this text is here and what is the connection between the transition and the Anti-Serbian propaganda that was dominant in the Western world and in the Western media. We think that for the Serbian transition not only wars, criminality, corruption, suicides, social anomy, chaotic social reality, unemployment, depression of the people, new laws are characteristic, but also the negative image of Serbs constructed in the Western media. That negative image had and still has a big and important influence on our transition, on our social reality, on the psychology of those who have contacts with Serbs and on the psychology of Serbs also. Due to that negative false image, Serbia was bombarded ten years ago and that had many other negative social, legal and psychological consequences, such as the criminality, „Vietnam syndrom“, suicides and many other things. In some way, thanks to that fabricated negative image, Serbia is more distant from Europe than other countries of the region.That negative image also had an impact on the foreign investments. So, consequently, we decided to include this text in this book about the Serbian law in transition.