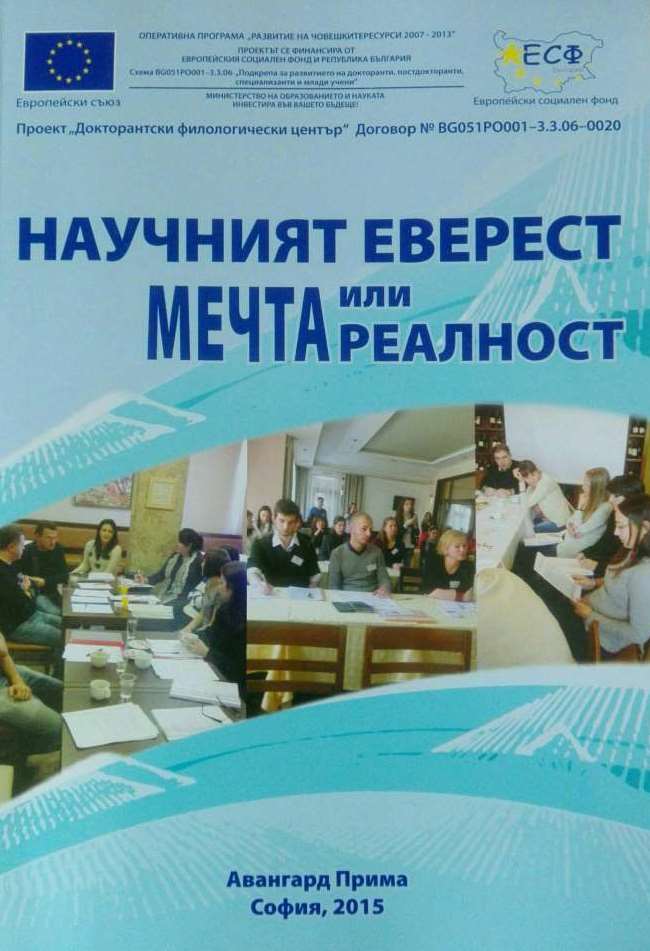 Author(s): Nevena Lyubenova
Subject(s): Social Sciences, Media studies, Communication studies, Theory of Communication
Published by: ЮГОЗАПАДЕН УНИВЕРСИТЕТ »НЕОФИТ РИЛСКИ«
Keywords: media; marketing; language; advertising; impact; suggestions; messages; Bulgaria; audience; media market
Summary/Abstract: The 60’s in the 20th century in USA made is as a practice for the advertising agencies to use the language and incorporate it in a suitable visual material like pictures to send to the public commercial messages, implement ideas for self-esteem and values in modern societies. In the advertising agencies – the business that produces advertisements, copyrighters are the professionals that use the language and write the words of the campaigns. Today copywriters work everywhere around the globe, including Bulgaria. Thanks to them and the art directors, advertisements are produced as a creative product and even called „modern type art”. Advertising is a marketing product that communicates messages through written language (lexis) and with figurativeness (nonverbal communication). It is also perceived from the public by the hearing – heard from the radio or TV stations. In Bulgaria the internet advertising, the outdoor advertising, the radio and television advertising and print advertising during the forth week of March 2015 has some leading characteristics. In Bulgarian websites „live” mostly web banners with illustrations and very little advertising text, up to one sentence. The content of the banners is consistent with the type of sites in which banners are used. For example, in the website Blitz.bg, that is most of all supporting sensational type of writing in tabloid-like news style, there is in the period of observation in the forth week of March 2015 a banner that advertises a product for detoxication with the words „if you’ve eaten and drunk too mach” alcohol. The message is in accordance with the news style. Bulgarian internet space publishes also articles with stories, marked as „paid material” or never marked as such, but spread as usual and no manipulative news stories, along with the other regular news of the day in the newsfeed of the websites. Such a story for example is a material in Vesti.bg explaining how a young woman got rid of her huge extra weight. In Bulgaria there is no advertising standards authority that regulates the content and practices of the advertising like in the UK, for example. Advertising might be offensive or untrue. In the outdoor urban space during the forth week of March 2015 there is advertising developed according to the formula „picture + name of the brand” and no more than one sentence or lack of other words except the name of the brand. In printed media there is very little advertising, most of all medicines, technological products or household electronic devices. It is direct marketing. TV and radio advertisements are characterized by colloquial language – something fully explainable according to Valentina Bondjolova – a scientific observer of the Bulgarian language in advertising from the University of Veliko Tarnovo „St. St. Kiril and Methodius”. Ms. Bonjolova comments that in advertising as a way of marketing in Bulgaria there is a colloquialisation – existence of colloquial language in the advertising texts, like voices heard in the street, aiming at tighter connection with the target audience as part of the marketing strategy and provoking the attention of this public consisting of possible consumers. In TV and radio advertising we may hear colloquial language or invented words composed of Bulgarian and foreign language („кренвиршен”, „шункен”, „фантатсишен”). Or there are words directly put from the English language in Bulgarian sentences („Аз съм happy”). The names of the companies in advertising are preferably written in English. In the future, the colloquial language and jargon most probably will continue to live in Bulgarian advertising along with English words. Advertising texts published in websites might become shorter because of the penetration of mobile devices. More and more people get information from mobile devices – smarthphones and tablets. The mobile screens are smaller. International observers point out that people read texts in them scrolling down with the thumb only up to three times. Shorter formats of the texts with one picture or online video are thought to be the methods for effective advertising of the future.