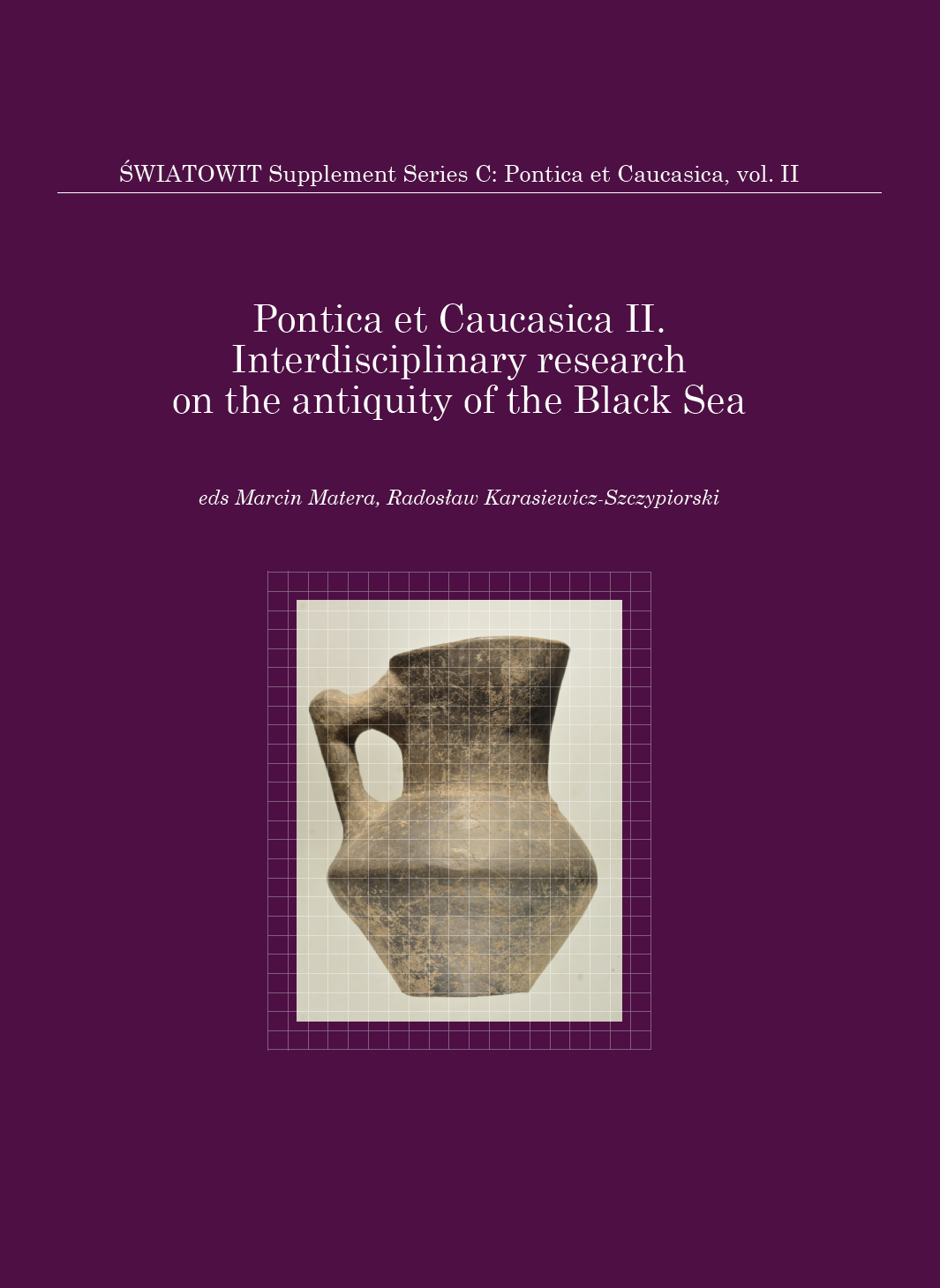 Author(s): Zoe V. Khanutina, V.A. Khrshanovsky
Subject(s): Archaeology
Published by: Wydawnictwa Uniwersytetu Warszawskiego
Keywords: Bosporan Kingdom; Kytae; necropolis; funeral and memorial complexes; late antique time
Summary/Abstract: The authors of the article suggest preliminary results of the research undertaken in 1992–2020 at the south-western coastal area of the Kytae necropolis. Along with the three early Hellenistic crypts made of limestone blocks and slabs, there were discovered over 40 earthen and slab tombs, an earthen vault, ritual (commemorative) complexes, and pits that date back to the Late Antiquity times. Confined (narrow) dating was difficult due to the mix of heterogeneous and multi-time material in the overlapping layer: numerous fragments of imported and Bosporan amphorae, black-glazed and red-glazed pottery, various wheel and hand-made pottery, terracotta figurines, spindles and sinkers, glass shatters and Bosporan coins, date within 4th century BC and first half of the 5th century AD. Lack of stratification data in the mound and the ground fill of the open ritual complexes requires dating it from the latest materials that are published in the present article. The most reliable mark to determine the time of the necropolis occurrence is coinage – coins of Bosporan kings whose reign falls on time within 250–330 AD. Another group of finds includes profile fragments of narrow-necked amphorae made of light clay (type E after Shelov), and the red-clay amphorae (type 100 after Zeest, or the de Lackey type). The upper chronological timeline – first half of the 5th century AD – we would not consider as finally approved. Provided it is established that the late antique burial and commemorative complexes had been overlapped by the meridionally directed shafts running parallel to each other, then the discovered necropolis should be recognized as that of the type not seen so far in Bosporus. Not only the abundant materials found in shaft mounds, but also traces of sacrifices – numerous bone remains of wild and domestic animals, birds and poultry, and fish – testifies in favour of such a conclusion. Full description of the entire amount of the material discovered by the excavations (including numerous “asynchronous” items of earlier dates – pottery stamps, fragments of painted and black-glazed ceramic vessels, “Megarian” bowls, terracotta figurines, and bronze Bosporan coins), as well as the attempts to interpret their presence in the late antique layer, and the speculations about the possible ethnic and cultural belonging of the necropolis lay far above the limits of the present article.