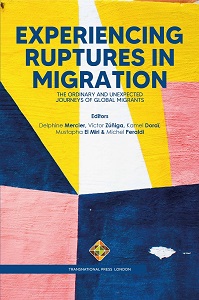 Author(s): Frédéric Décosse
Subject(s): Politics / Political Sciences, Social Sciences, Economy, Literary Texts, Psychology, Essay|Book Review |Scientific Life, General Reference Works, Geography, Regional studies, Library and Information Science, Sociology
Published by: Transnational Press London
Keywords: Family Resemblance; migration; work loyalty; Ayoub; Malika Amrani; Morocco; Tunisia
Summary/Abstract: Ayoub and Malika Amrani are husband and wife, former farm workerswho, for many years, came to France on OMI contracts to do seasonal work for a farmer in the Bouches-du-Rhône area. In the early 1970s, the young woman’s father and uncle, fellahs2from the Moroccan Prerif who had emigrated to the city, found a contract in the city of Grans, on the Crau plain, and gradually “sponsored” the next generation of migrants. In 1990, when Malika was recruited to join them, there were about ten family members already working on the farm. Though she was formally employed as a farm worker, she actually worked as a “servant” for the farmer and his family. Against the advice of her employer, who wanted nothing to distract her from her work, she got married and held a big wedding in Fez, to which her employer was invited. Ayoub, her husband, was recruited to work in the orchards. As a newlywed, Malika had more and more trouble accepting the abuse and bullying her parents had endured until then. She became increasingly opposed to her employer. 2000 marked a breaking point, when Ayoub fell from an apple tree and was seriously injured. His pelvis was fractured. Their employer was reluctant to report it as a work-related accident. The couple stood up to him, and the following year, none of the family’s contracts were renewed. It was a form of retaliation. It was a collective punishment, as if to remind the migrants that they were bound to their employer by the same duty of loyalty. This incident would have lasting consequences on Malika’s relationship with her family, who accused her of being selfish. In the meantime, Malika became a prominent figure in the movement to defend seasonal migrants’ rights, almost in spite of herself. Her story was the subject of several articles in the media and was taken up by the Collectif de défense des travailleurs agricoles saisonniers (Collective for the Defense of Seasonal Agricultural Workers) (CODETRAS).