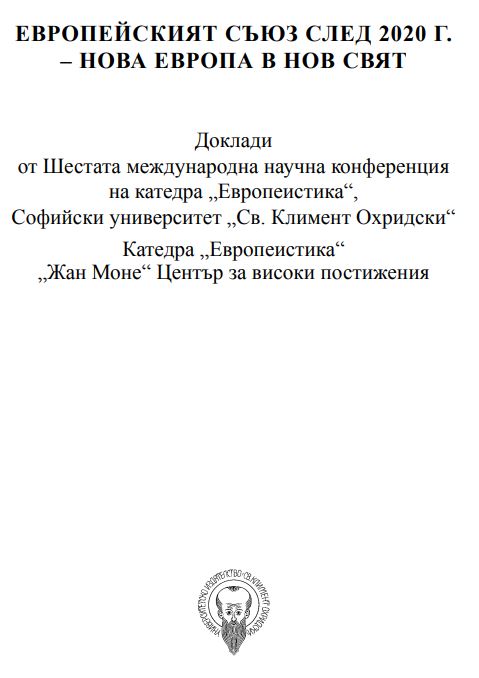 After the Election – Before the New Start. The European Union in Transition

The New European Dimension of Teaching. The Role of European Studies

Идва ли краят на популистката вълна в ЕС?
(Is the end of the populist wave in the EU coming?)

The EU’s Enlargement Fifteen Years Ago and Now: Declining Credibility and Positive Dynamics?

Perspectives of the European Enlargement Process – Between Reform and Crisis

Overcoming Bilateral Disputes as Part of the EU Accession Process

The Challenges of Secularism and European Integration (The North Macedonian Case)

The Multiannual Financial Framework and the Future of the European Union

The Future of European Languages in Australia

Europe of Nations vs Europe of the Europeans