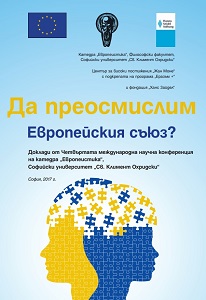 Elitist and Participatory Democracy: Towards a New EU Citizen

The European Union Has a Future

European Crisis: The Rise of Populism and Euroscepticism

How to Enhance the EU Enlargement of the Western Balkans

Transformative Power of the European Union in the International Relations