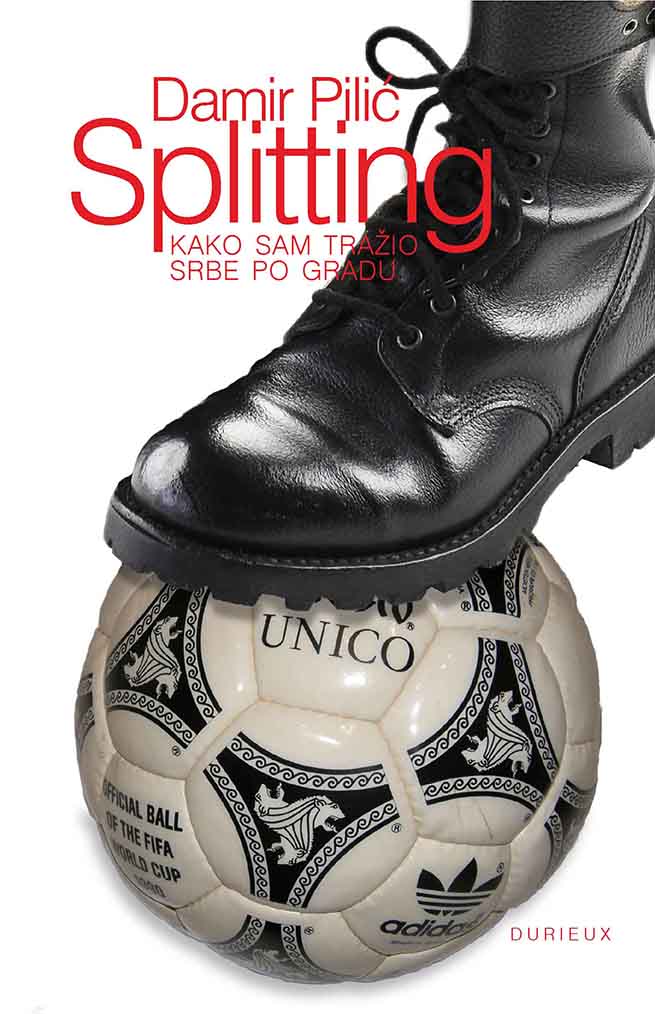 Splitting: Kako sam tražio Srbe po gradu
Splitting: How I Searched for Serbs in the City

Author(s): Damir Pilić
Subject(s): Anthropology, Social Sciences, Language studies, Language and Literature Studies, Literary Texts, Fiction, Sociology, Novel, South Slavic Languages, Culture and social structure , Nationalism Studies, Identity of Collectives
Published by: Durieux
Keywords: dissolution of Yugoslavia;Split;JNA;Damir Pilić;
Summary/Abstract: In the novel "Splitting", with the ominously ambiguous subtitle "How I Searched for Serbs in the City" (which in another culture, say Czech, could be the title of some Hašek humoresque), a whole world of good neighbours, friends and schoolmates cracks at the seams and collapses. Based on the experience of youth that is maturing in the shade of socialist blocks of Split through games of football, first drunkenness, petty theft, skipping classes and confused, casual sex, Split youth suddenly, still green, learns that "we are not all the same", this prose precisely depicts and demystifies the time in which the Dalmatian metropolis shockingly and forever changed its face. The plot of the novel mostly takes place in one of Split's neighborhoods inhabited by former Yugoslav military (JNA) personnel, mostly serving in the former naval base of Lora, in the period from the New Year 1990 to November 15 of 1991, when the first shells from the ships of the then Yugoslav navy fell on Split. Told from the perspectives of several characters, mostly underage high school students, who show more or less misunderstanding and resistance to the changes that are taking place, this Split story seems more authentic and true than anything written so far about the period. With this novel, journalist and publicist Damir Pilić has established himself as an excellent narrator. Damir Pilić was born in 1969 in Šibenik. He has a master's degree in psychology and a degree in journalism from Zagreb University. He published the scientific monograph Samoubojstva: oproštajna pisma (Suicides: Farewell Letters, 1998); the novels Đavo prvo pojede svoju majku (The Devil Eats His Mother First, 2001), Splitting (2014) and Kao da je sve normalno (As if Everything is Normal, 2018); the journalistic study Marx nije mrtav (Marx is Not Dead, 2016) as well as Tito očima Krleže (Tito Through The Eyes of Krleža, 2020). In co-authorship with Dražen Lalić, he published a book about young Split delinquents Na mladima svijet zastaje (The World Stops for Young People, 2001) and the monograph Torcida: Pogled iznutra (Torcida: An Inside View, 2011), and with Ed Vujević a study on former heroin addicts Dedal na iglama (Daedalus on Needles, 2005). From 1994 to 2001 he worked as a reporter for Feral Tribune, and since 2001 he writes for Slobodna Dalmacija newspapers. He lives in Split.