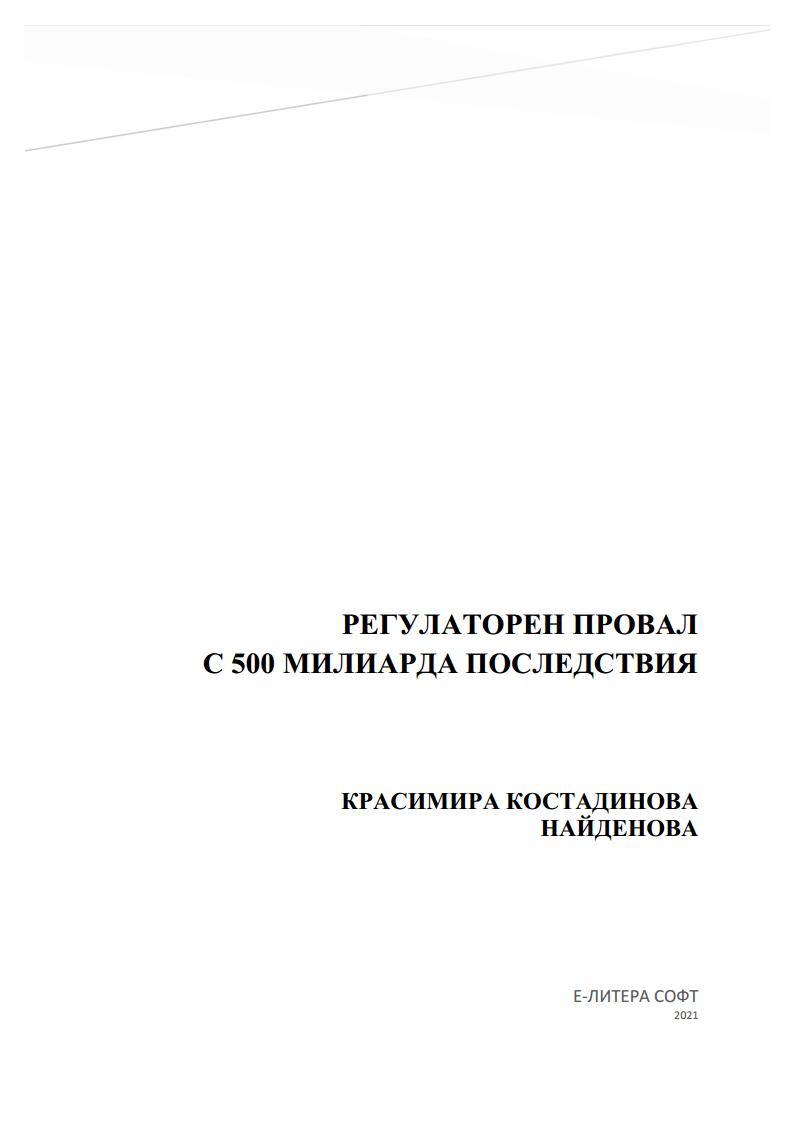 Author(s): Krasimira Naydenova
Contributor(s): Sava Hristov Dimov (Editor), Stefan Vachkov (Editor)
Subject(s): Economy, Financial Markets, Public Finances
Published by: Е-литера Софт ЕООД
Keywords: capital market; banks; euro area; over-regulation; financial system; emerging markets; ownership concentration; financial instruments;
Summary/Abstract: The well-developed financial system gives savers, investors and issuers the opportunity to choose between different asset classes, projects and sources of capital, but this is only possible if there is diversification of risk, liquidity and information. By mediating the effective allocation of limited economic resources, the developed financial system provides benefits not only for citizens and companies, but also for societies. Bulgaria - still a new economy and democracy - suffers all the effects of the underdeveloped financial system. The capital market has an extremely modern regulatory and institutional framework, but it does not work well enough. The market capitalization is huge, but most stocks are illiquid. The banking system boasts strong European investors, but the structure of banks' assets includes almost no risky financial instruments. In addition, they do not issue new securities, which does not help to offer quality assets. Bulgaria is part of the European Union, every business, including investment, is regulated by European directives and regulations, but integration remains incomplete due to different national currency. The tasks set by the society have not been fulfilled, despite the introduced institutions and rules and this is a regulatory failure. The study does not examine the national financial system of Bulgaria as a whole system, but to identify only some of the mistakes made in its creation and development, as well as some of the effects of these failures, especially on the capital market. Introduced as foreign experience or promising innovations, some government initiatives represent a regulatory failure. Such are the administratively forced listing on the Bulgarian capital market, the ongoing full transposition of the latest and restrictive regulatory framework for this market, keeping the capital market and institutional investors away from government projects through lack of securitization, extremely strong market presence of banks, concentrated banking ownership and the refusal of full integration into the European financial system by postponing accession to the euro area. The overall effects are theoretical, just possible, and represent the scale rather than the sum of the damage. The figures show a loss of national income of BGN 545 billion according to the method of the Keynesian investment multiplier and BGN 523 billion, calculated alternatively by the relative theory of the time value of money. These huge figures, five times the gross product of Bulgaria, are result of regulatory failures. The non-functioning capital market is a consequence of this failure, but it is also one of the reasons that led to the loss of national income. The lack of alternatives for investors, savers and issuers, provided at this stage of development of world civilization only by the capital market, is a direct consequence of the regulatory failure.