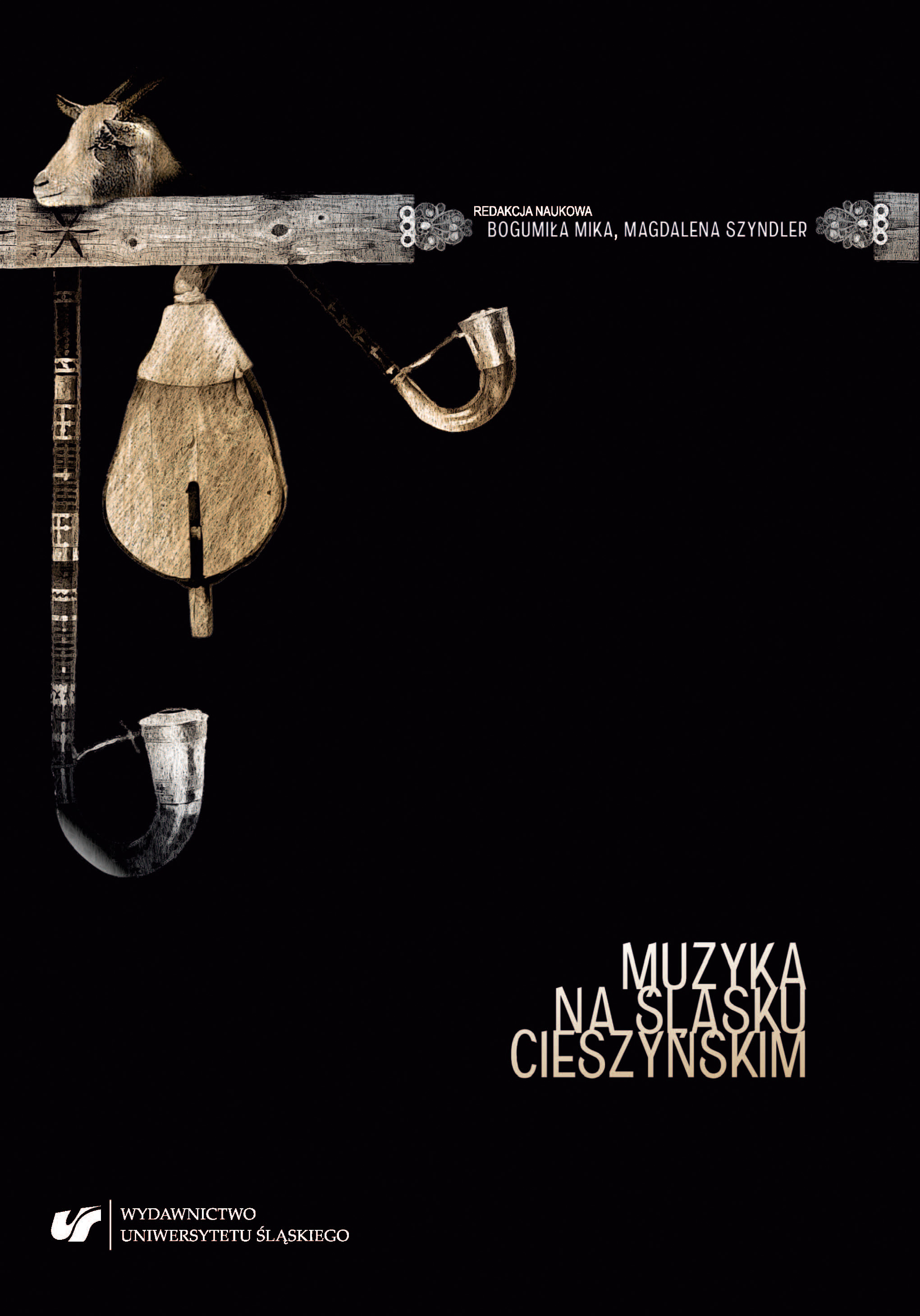 Contributor(s): Bogumiła Mika (Editor), Magdalena Szyndler (Editor)
Subject(s): Theatre, Dance, Performing Arts, Fine Arts / Performing Arts, Music, History of Art
Published by: Wydawnictwo Uniwersytetu Śląskiego
Summary/Abstract: The land of Cieszyn Silesia has been inspiring artists, composers, and other creators of culture for years. In particular, the musical folk culture has been a stimilus for activity in the field of collating, analysing, and researching folklore material (songs, intrumental melodies), but also for creating based on the said folk music of new pieces, both following “classical” esthetics (stylizations) and “transformed” esthetic (among others, contemporary folk music along with its derivatives). Cieszyn Silesia is a place of scholarly research most of all due to its rich historical and cultural past, to which the text composing this publication testify. (A fragment from the Introduction)

Od źródeł do ujścia. Tradycyjny folklor w dobie wpływów, inspiracji i przemian
(From the source to the estuary. Traditional folklore in the age of influences, inspirations, and transformations)