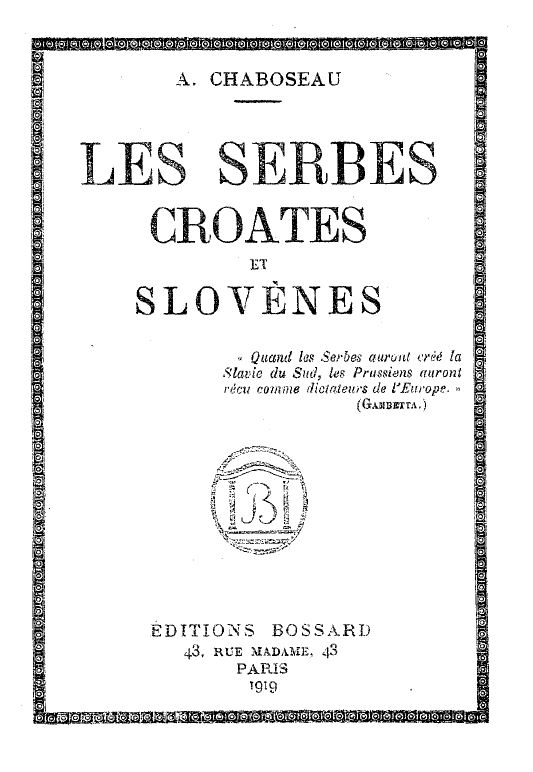 Author(s): Pierre-Augustin Chaboseau
Subject(s): History, Recent History (1900 till today), Special Historiographies:, Interwar Period (1920 - 1939), Between Berlin Congress and WW I
Published by: CEEOL Collections / Digital Reproductions
Summary/Abstract: As for the historical claims, we will certainly be happy when chance establishes an absolute or relative agreement between them and the new route, but there will be, in short, only aesthetic satisfaction. Today's world has neither the time nor the inclination to perpetuate the memory of more or less ancient spoliations, of more or less long usurpations. One of the essential conceptions which inspire the increasing efforts at the present time to organize an unprecedented international regime, is precisely that by virtue of which the so-called rights acquired by arms are held to be null. Finally and above all, whenever the reconciliation of systems based on geographical unity, the homogeneity of race, language, religion, the needs of military or naval defense, agricultural, industrial, commercial resources, has failed in the face of impossibilities or an excess of difficulties, the solution of the problem will be required from the popular will. There is one principle that dominates all others in our time. It is this, for example, much more than the principle of nationalities, which makes legitimate, sacred, in the eyes of all people of good sense and good faith, of all honest people, the aspirations of Alsace and from Lorraine, Slesvig, Transilvanie, Trentino. We propose to study, in the following chapters, what Yugoslavia can and should be for anyone who refers to the above ideas and feelings. (from author's introduction)