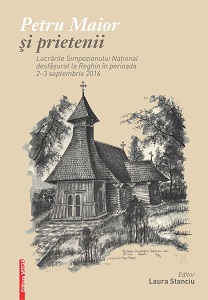 Author(s): Virgil Bercea, Maria Precup, Sorina Bloj, Remus Câmpeanu, Ana Maria Roman Negoi, Petru Ștefan Ionescu, Laura Stanciu, Florin Bengean, Adrian Circa, Anton Rus, Alin Mihai Gherman, Larisa-Elena Fîrtat, Andreea Mârza, Eva Mârza, Florin Bogdan, Zsolt-József Tamási , Mirela Popa-Andrei, Attila Varga, Ioan Buzaşi, Corina Teodor
Contributor(s): Laura Stanciu (Editor)
Subject(s): History, Cultural history, Modern Age, 18th Century, 19th Century
Published by: Editura Mega Print SRL
Keywords: Petru Maior; Illuminism; History; Reghin; Transylvania;
Summary/Abstract: The papers assembled in this volume add much to our understanding of the Enlightenment in Transylvania in general and, in particular, enrich our appreciation of the role of Petru Maior in it. They show him as a priest and an intellectual engaged in the pressing issues of the day and committed to improving the status of the Romanians as a nation and, at another level, as a series of small communities, villages, that were confronting the problems of everyday life and the ultimate questions of human existence. The authors place Maior and his colleagues and the Transylvanian Enlightenment in a broad context, limited neither by chronology nor by geography.