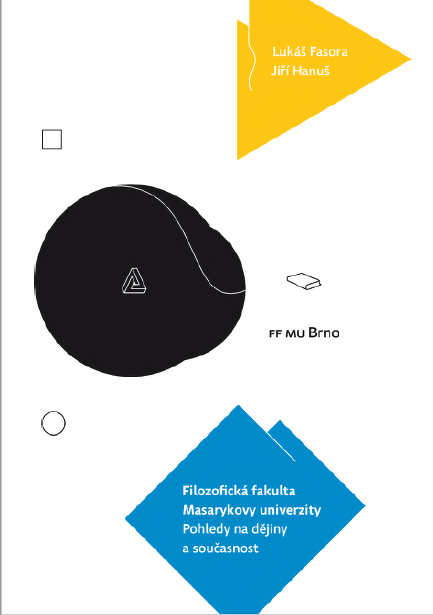 Filozofická fakulta Masarykovy univerzity. Pohledy na dějiny a současnost
The Faculty of Arts of Masaryk University. Reflections on Its History and Present

Author(s): Lukáš Fasora, Jiří Hanuš
Subject(s): History, Social Sciences, Education, Political history, Recent History (1900 till today), Higher Education , History of Education, State/Government and Education, Interwar Period (1920 - 1939), Post-War period (1950 - 1989)
Published by: Masarykova univerzita
Keywords: Faculty of Arts; Masaryk University; Higher Education; Czech University; History of Education; Inter-war era;
Summary/Abstract: The Faculty of Arts is one of the four founding faculties at Masaryk Universityin Brno, its creation linked to the act which established the university in 1919.Due to difficulties with furnishing and staffing, teaching did not commence until 1921 and throughout the remainder of the interwar period the school was dogged by serious material difficulties linked with the absence of suitable buildings for teaching, as a result of which the school almost fell victim to the government’s economic interventions into university education on two occasions. Despite numerous problems in the inter-war period the Faculty of Arts was able to gradually build a tradition of quality teaching and science renowned in Central Europe, which was supported on the one hand by the founding generation of professors, drawn partly from Prague’s Charles University and partly from the ranks of teachers from Brno’s Technical College, and on the other hand second-generation teachers already emerging from the ranks of graduates of what was then the only Moravian university. From the beginning, Masaryk University’s position as the “second” Czech university, standing in the shadow of both Prague’s metropolitan university and the politically important sole Slovakian university in Bratislava, fundamentally affected its development in specific ways. In the Faculty ofArts in particular some special characteristics, both negative and positive, sharply manifested themselves. The negative doubtless included the long‑term underestimation of the school’s material needs, so that, especially in the critically overburdened campus of the Arts Faculty, where the rector’s office was also located for a long time, the conditions for teaching were quite miserable and unfit for pedagogical and scientific work.