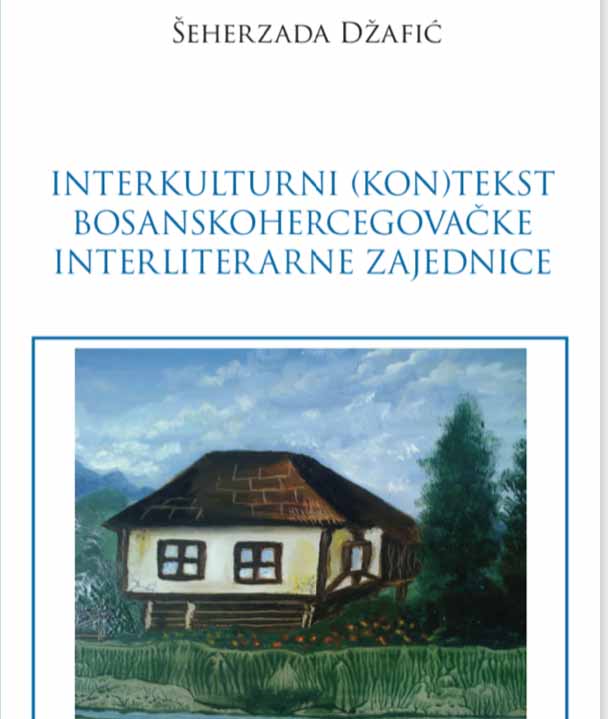 Author(s): Šeherzada Džafić
Subject(s): Anthropology, Social Sciences, Language and Literature Studies, Studies of Literature, Sociology, Bosnian Literature, Sociology of Culture, Theory of Literature
Published by: Dobra knjiga
Keywords: Bosnian culture and literature; South Slavic literatures; intercultural study; interliterary community; multicultural communities;
Summary/Abstract: The interculturality advocated by philosophers from ancient civilizations is gaining even more importance nowadays, because the deletion of borders and striving for global unification require the strengthening of cultural communities and their interaction with others. The cultural communities that went through the unification phase in their past and then the disunion, those that converted from large multicultural communities into less intercultural and interliterary communities are South Slavic literatures. The intercultural study of the South Slavic interdisciplinary community has its foundations in Slovak literary historiography where the concept of intercultural study is offered and elaborated by the Slovak comparativist Dionyz Ďurišin. Looking up to the German cultural and literary practice, Ďurišin introduced the terms intercultural and interliterary in the literary theory and elaborated the interliterary communities, pointing out that one of the forms of literary-historical synthesis of general creations such as the interliterary communities is the study of their individual components under the conditions of their reciprocity. In the central South Slavic interliterary community (especially in Bosnian and Croatian literatures), looking up to some aspects of German and Slovak literature, Zvonko Kovac supports such an approach and emphasizes – Kovac believes that this cultural dialogue, or literary production, has taken place more and more in internationally-dependent societies – in specific interliterary communities – through a specific interliterary process. In this regard, we come up to two possible directions in the diachronic and synchronic study of literature. The first direction leads us to national concepts in which culture (including literature and other arts) closes into its own circle, not allowing to expand and enrich. Contrary to it, the second direction allows interaction that liberates culture and makes it accessible. The first concept in the practice until now has left cultures poor, while the other has been directed towards enrichment and spreading of ideas and cultural values. This book aims at pointing to the common past, which still gives writers the right to opt for double affiliation and even multiple affiliation to certain cultures within the community, especially in Bosnian culture and literature (on the example of writers such as Mesa Selimovic, Ivo Andric, Branko Copic, Skender Kulenovic, Mirko Kovac and Irfan Horozovic).