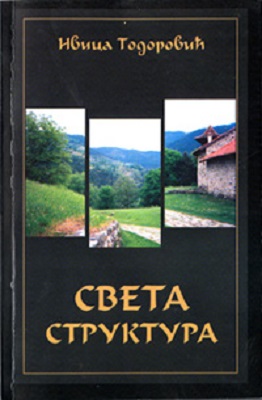 Author(s): Ivica Todorović
Contributor(s): Dragana Radojičić (Editor), Jelena Čvorović (Translator)
Subject(s): Anthropology, Psychology, Customs / Folklore, Cultural Anthropology / Ethnology, Methodology and research technology
Published by: Етнографски институт САНУ
Keywords: culture; Cultural Phenomena; structure; semantic; natural realities; anthropology; ethnology;
Summary/Abstract: The necessity of studying the universality of widespread codes (structures, patterns, systems) in the second half of the 20th century was especially accentuated in the works of French anthropologist, Claude Levi-Strauss. The founding idea of Levi-Strauss is the that the human brain systematically processes organized, that is, structured units of information that combine and recombine to create models that sometimes explain the world, but also sometimes suggest imaginary alternatives, and sometimes give tools with which to operate in it. The task is not to account for why a culture takes a particular form, but to understand and illustrate the principles of organization that underlie the onward process of transformation that occurs as carriers of the culture solve problems that are either practical or purely intellectual. This perspective extended well into numerous variants of natural as well as social sciences and humanities. The perspective required an emphasis on multidisciplinary approach, along with elaboration of certain methodologies; however, these requirements somewhat slowed down the development of the perspective, at least in the standard scientific circles, still dominated, at the time, by ideas of specific specialization. In time, a need to unify the separated pieces of the reality became more and more obvious, calling for an application to perceive our reality in a different light. Closely related with these and similar understandings/priorities, this book discusses the question of existence of related structural and semantic patterns in different cultural phenomena. Furthermore, the book presents comparisons between the existences of specific harmonious-symmetrical patterns with analogous structures within the most important natural phenomena. The conclusion brought about is that there is a unique structure within the basis of key phenomena of cultural and natural realities. This conclusion is supported by many examples (ranging from linguistic and logical structures, to elaborated systems of Biblical numbers and the unique system of chemical elements, etc.). Furthermore, this kind of approach allows studies of cultural contexts to be extended far and away from limited borders determined by the approach lacking multidisciplinary perspective, which, thus, does not allow a perception of the whole. The existence of related and identical structural patterns in various phenomena has allowed an attempt to reconstruct a unique system of cultural elements, i.e., a construction of direct and well defined model that incorporates the most significant elements. A road towards the reconstruction of the unique system framework is pawed by the works of many authors (Claude Levi-Strauss, V. Prop, M. Eliade, A.Van Gennep, V.N. Toporov, C.G. Jung, B. Malinowski etc.), who have attempted to summarize multiple levels of various aspects within phenomenon of culture into simple and enclosed structural frame. In addition, if we take into account my own direct findings (about reconstruction of primary linguistic and logical models and primary mythical frame), along with appropriate modification of the system emphasized by the others, we achieve real conditions to perceive a possibility of existence of a unique system, which brings together individual elements/ subsystems. This kind of research - displaced until today in ethnology/ anthropology - directly reassess the dominant patterns in scientific paradigm, and discusses the existing, specific structural foundations of the cultural reality as a whole, thus allowing a better insight into essences of social occurrences.