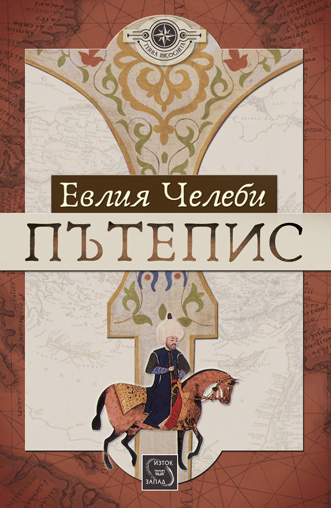 Пътепис
The Book of Travels

Author(s): Evliya Çelebi
Contributor(s): Strashimir Dimitrov (Translator), Vera Gyoreva (Editor)
Subject(s): Politics / Political Sciences, History, Philosophy, Language and Literature Studies, Literary Texts, Fine Arts / Performing Arts, Cultural history, Architecture, Geography, Regional studies, Visual Arts, Human Geography, Regional Geography, Historical Geography, Fiction, Studies of Literature, Non-European Philosophy, Political Philosophy, Special Branches of Philosophy, Political Theory, Diplomatic history, Economic history, Ethnohistory, Local History / Microhistory, Political history, Social history, Modern Age, Theology and Religion, Islam studies, Comparative Studies of Religion, Religion and science , Short Story, Turkish Literature, Other Language Literature, Philosophy of Middle Ages, Renaissance Philosophy, East Asian Philosophy, Philosophy of Mind, Philosophy of Religion, Politics and religion, 17th Century, The Ottoman Empire, History of Islam, Philosophy of History
Published by: Издателство »Изток-Запад«
Keywords: Book of Travels; Seyahatname; Evliya Celebi; travel; journal; stories; Ottoman; 17th century; intellectual; Muslim; Islam; understanding; concept; world; stories; book; books
Summary/Abstract: Evliya Celebi was an enlightened man in a variety of ways who believed in equality, freedom of thought and intellectual debate, and found all of these things present in Islamic societies. Over the course of his travels, he wrote ten volumes detailing his adventures. ‘Seyahatname’ – Book of Travels – is a unique and important text, representing one of the few accounts of the 17th century and the Ottoman world from the perspective of a Muslim. These are not just factual accounts, Evliya had a great imagination and just as important as his journal entries were the imaginative storytelling that ran alongside, elaborating, exaggerating, and fantasizing. Through his stories, we are prompted to think more imaginatively about our own travels and journeys to other cities. This 17th-century Muslim traveler can sometimes seem narrow-minded and yet this same man can stand in St Stephens Cathedral in Vienna and be moved by the music he hears. Sometimes these encounters lead to nothing but sometimes they lead to stories which are so deeply felt, and so universally melodic that they leave echoes which can still be heard and felt today. In 2011, the year which would have been his 400th birthday, Evliya is being paid homage as UNESCO’s Man of the Year.