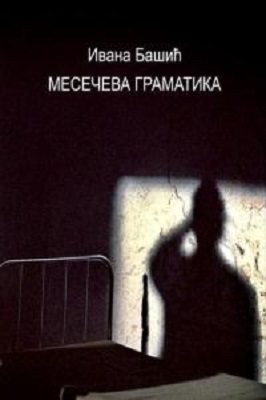 Author(s): Ivana Bašić
Subject(s): Language and Literature Studies, Studies of Literature, German Literature, Serbian Literature, Theory of Literature
Published by: Етнографски институт САНУ
Summary/Abstract: The monograph, The Moon Grammar - Identity and subjectivity in Doctor Faustus by Thomas Mann and The Damned Yard by Ivo Andric researches the subject of identity and the relation between subjective and objective, individual and collective, which are the focal points in contemporary anthropology, as well as in narratology with a distinctive difference that narratology is focused on the status and identity of the narrator and diversory relationship between the narrator and the narrative text. In this research the narrative analysis is used to outline the anthropological implications of the literature that was read from the narrative structure in Doctor Faustus by Thomas Mann and The Damned Yard by Ivo Andric. This indicates that the anthropological reading of literature could be based on analyses of the formal characteristics of the literature allowing the intentionality of a literary text. In the literary texts the intention is entangled with the way of structural expression because it activates and exploits the intentional potential of the language. Due to this reason we have concentrated on establishing the intentional structure in Doctor Faustus and in The Damned Yard through a narrative analysis to achieve a more thorough reconstruction of extensional structure of the narrative world and its distinctive anthropology, especially when the subjects of identity and subjectivity are analysed. Both literary works address aesthetical, ethical, religious, ideological, sociological and existential questions. On the aesthetical plane, after the fall of the totalitarian ideologies, the art displays symptoms of general intellectual climate. This period is characterised with criticisms of humanistic values of mind, objectivity of science and progressive ideas, including the traditions of Enlightenment. These literary works can be read as indicative announcements of postmodern suspicion in the human being as a self-identifying subject and as a forecast of contemporary crisis of identity. The result that these social, cultural or spiritual events have brought us could be characterised as alignment, problematizing or even eradication of identity borders of personality or as explicit continuation of Thomas Mann’s – Moon-grammar. Polyphonically organised narrative is analogue to the eradication of identity borders of personality, which sense is in displacement of monological unity of the narrative subject with itself regardless of the primary style of narration (from 1st person to 3rd person).