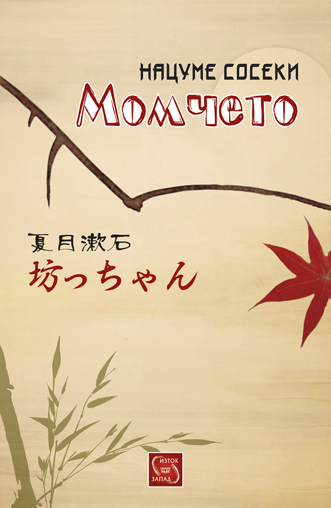 Author(s): Natsume Sōseki
Contributor(s): Alexander Kirov (Translator), Lydmila Holodović (Translator)
Subject(s): History, Philosophy, Language and Literature Studies, Literary Texts, Foreign languages learning, Geography, Regional studies, Human Geography, Regional Geography, Historical Geography, Fiction, Theoretical Linguistics, Studies of Literature, Non-European Philosophy, Special Branches of Philosophy, Ethnohistory, Local History / Microhistory, Recent History (1900 till today), Novel, Syntax, Lexis, Semantics, Other Language Literature, East Asian Philosophy, Philosophy of Language, Philology, Translation Studies
Published by: Издателство »Изток-Запад«
Keywords: Contemporary Japanese literature; Japanese; Botchan; culture; Japan; novel; widely read; bilingual edition; original text; translation; Bulgarian; light; funny; entertainment; book;books;
Summary/Abstract: Like “The Catcher in the Rye” or “The Adventures of Huckleberry Finn”, “Botchan”, a hilarious tale about a young man's rebellion against "the system" in a country school, is a classic of its kind. Among Japanese readers both young and old it has enjoyed a timeless popularity, making it, according to Donald Keene, "probably the most widely read novel in modern Japan." The setting is Japan's Deep South, where the author himself spent some time teaching English in a boys' school. Into this conservative world, with its social proprieties and established pecking order, breezes Botchan, down from the big city, with scant respect for either his elders or his noisy young charges; and the result is a chain of collisions large and small. Much of the story seems to occur in summer, against the drone of cicadas, and in many ways this is a summer book light, funny, and never slow-moving. Here, in a lively new translation much better suited to Western tastes than any of its forebears, Botchan's homespun appeal is all the more apparent, and even those who have never been near the sunlit island on which these calamitous episodes take place should find in it uninterrupted entertainment.