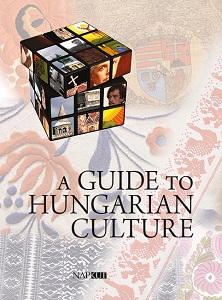 The Past, Present, and Future of the Hungarian Language

Chronicle of the Hungarians

A Unique Folk Culture in Europe

A Treasure-House of Applied Arts

A Tableau of the Fine Arts

Eight Centuries of Our Literature

Our Language of Movement

Become what you are!

The Culture of Everyday Life