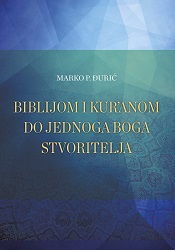 Author(s): Marko P. Đurić
Subject(s): Christian Theology and Religion, Theology and Religion, Islam studies, Comparative Studies of Religion
Published by: Naučnoistraživački institut »Ibn Sina«
Keywords: Bible; Qur'an; God Creator; atheism; inter-religious dialogue; plurality;
Summary/Abstract: This book is based on the pursuit of true interreligious dialogue. At a time when radical and extreme ideas tend to tensions and conflicts between religions and different religious denominations, but also schools of thought in general, it is extremely important to emphasize the need for unity and harmony among people, especially the heirs of religious traditions. God Almighty teaches us that in relation to others we always keep in mind the value and dignity of man as such, without abandoning the principles of humanity as love of man and justice. This simple message of all messengers of the Word of God throughout history, to our great regret, has been the subject of forgery by their opponents, but also by the alleged promoters of the faith. To try to remove the veils of stupidity, negligence and ignorance, and to turn to the true effort to understand man, and then to understand what God has told him. Respect for man, nature and the divine laws that govern it, will allow us to get to know each other better and be more friends, to give up mutual tension and conflict. In this we can be helped by relying on a common religious tradition, that of Abraham / Ibrahim. Judaism, Christianity, and Islam are the three arms of a sacred religious tradition based on the belief in One God, the Eternal, the Almighty, the Omniscient, the Creator of the World, the Righteous, the Good, the Omnipresent, the Holy Being. God in our common tradition transcends space and time, and forever remains incomprehensible to His creatures. And, again, he is equally the Director and Manager of the World.