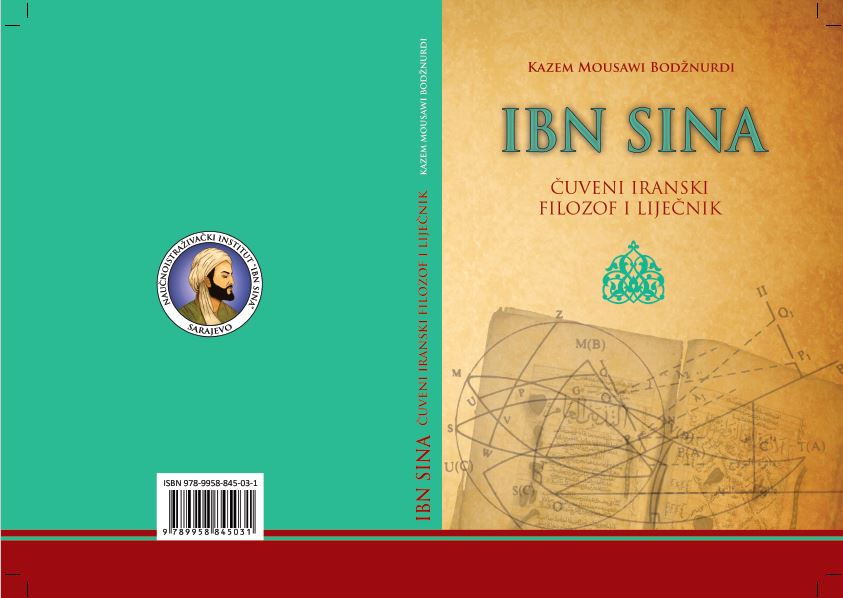 Contributor(s): Kazem Mousawi Bodžnurdi (Editor), Nermin Hodžić (Translator)
Subject(s): Philosophy, Metaphysics, Logic, Islam studies, Philosophy of Middle Ages, Middle-East Philosophy
Published by: Naučnoistraživački institut »Ibn Sina«
Keywords: Ibn Sina (Avicenna); Islamic philosophy; music theory; linguistics; philosophy of language; epistemology;
Summary/Abstract: Much more information is available about Ibn Sina and his life than about any other Muslim philosopher. This is primarily due to the biography written by his loyal disciple Abu ‘Ubayd Jozjani (died 1046), and the first part of which is actually autobiographical, i.e. it was written by Ibn Sina himself. This writing will later be known as "Sargozasht" or "Sira" (both words, the first in Persian, the second in Arabic denoting a biography or biography). The oldest text of this biography available today is the book "Tatimah siwan al hikmah", the book of Zahiruddin Abu Hasan 'Ali ibn Zayd Beyhaki, which includes some recent information about Ibn Sinau. In addition to this, we have two other accounts of Ibn Sina's life, one in the book Uyun al Inba by Abu Usaybi, and the other in Ibn Qafti's history Tarikh al hikmah. However, the data we find in these two sources differ from each other, although both authors refer to Jozgani's tradition. In addition, Ibn Khalqan in his "Wafiyat al Aajan" brings certain information, which he seems to have taken from Beyheki, and which we do not find in Abu Usaybi and Ibn Qafti. Many years ago, Ahmed Fuad Ahvani found a text of Ibn Sina's biography on the margins of a manuscript copy of Shahrazuri's work "Nuzhetu-l-Arvah". According to Ahvani, these margins were written by Ahmed Kashi in 1353. In 1952, on the occasion of the thousandth anniversary of Ibn Sinai's birth in Cairo, Ahvani published a work entitled "Nukatun fi ahvali Sheikh al Reis Ibn Sina" (Sketches from the Life of the Great Teacher Ibn Sinai), as part of the collection "Zikr Ibn Sinaa". William E. Gohlman published a critical edition of this manuscript in 1974, based on several versions of it, with an English translation, entitled »The life of Ibn Sina«.