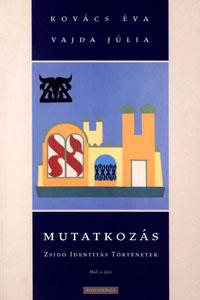 Jews in Search for Identity in Hungary after the Transition

Author(s): Éva Kovács, Júlia Vajda
Subject(s): Jewish studies, Victimology, Transformation Period (1990 - 2010), Present Times (2010 - today), History of the Holocaust, History of Antisemitism, Social Norms / Social Control, Sociology of Politics
Published by: Múlt és Jövő
Keywords: Jewish identity; latent anti-Semitism;mixed mirrages;
Summary/Abstract: The individual and collective identity of the Jews is a well-established subject of research in sociology, social psychology and social history. This book differs from other studies in exploring Jewish identity through the coexistence of Jews with non-Jews in Hungary. It presents the “Jewishness” of such individuals and families who live in mixed marriages, in which the Jewish origin of one party (be it public or secret) becomes a source of peculiar identities. Through coexistence, Jewishness acquires new meanings ranging from a more intense identity, through abandoning or changing Jewish identity, to self-hatred and latent anti-Semitism. The book examines the changing use of various Jewish symbols, rituals and objects (e.g., Star of David, circumcision, Menorah). It is the first study in Hungary, which deals with the “Jewish identity” of non-Jews, philo-Semitism and pseudo-Jewish identity in mixed marriages. Also, it strives to bring the traumas of the Shoah in public debate by analysing it from the perspective of coexistence. Thereby, the book presents the guilty conscience of the children and grandchildren of the perpetrators, which has not been analysed in Hungary yet. Finally, the rediscovery of Jewish identity, a process that also includes some distancing from that identity is examined in a biographical context – a novelty in Jewish Studies in Hungary as well.