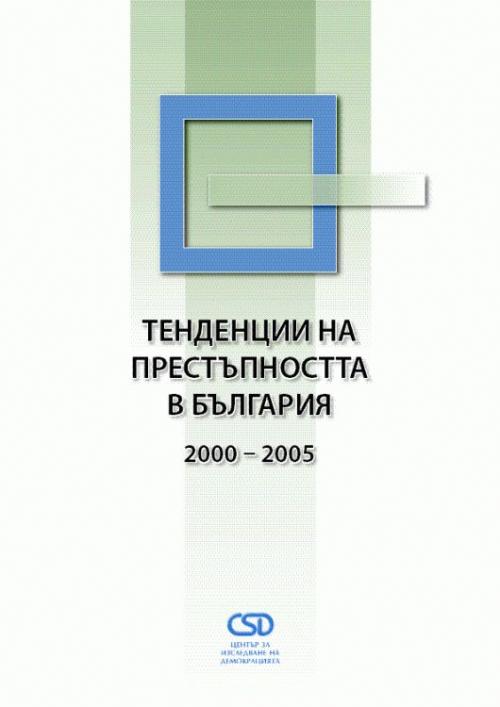 Author(s): Tihomir Bezlov, Philip Gounev, Hristo Hristov
Subject(s): Politics / Political Sciences, Social Sciences, Law, Constitution, Jurisprudence, Criminal Law, Sociology, Applied Sociology, Evaluation research, Criminology, Studies in violence and power, Victimology
Published by: Център за изследване на демокрацията
Summary/Abstract: The report for a second consecutive year presents information about Bulgaria’s crime rate from an alternative source - victimization surveys - and attempts to make a systematic comparison of the crime level according to victim-reported crime and police crime data. The crime situation in Bulgaria is also compared to crime in a number of European countries. The findings of three national crime victims surveys, referred to throughout this report as National Crime Surveys (NCS), offer an opportunity to assess street crime in Bulgaria in the period 2000–2005. The first NCS 2002 and NCS 2004 examined only 11 categories of offenses against households and persons, while NCS 2005 also incorporates 11 categories of offenses against companies. The 11 categories of offenses included in the NCS correspond to about 80% of all police-registered crimes in Bulgaria. The report does not cover corruption, drug-related or organized crime offenses, as they are the subject of other CSD analyses. Toward the end of the 1990s and, particularly after the year 2000, as the prospect of EU membership became more likely, greater political stability and economic prosperity in Bulgaria led to a gradual decrease in crime. This trend, which was most perceptible in the period 2000–2005, was the result of several factors. Declining unemployment, rising incomes and economic growth provided alternatives to many individuals with criminal incomes. Demographic processes and emigration also contributed to the reduction in crime. Further strengthening of the judiciary and the law-enforcement systems, in an attempt to meet EU-set requirements, revived the criminal justice system, which in 2004 issued six times more sentences than it did in 1993. A comparison of the NCS 2005 with the European Union International Crime Survey (EUICS) shows that Bulgaria’s level of street crime has remained lower than the average level of EU countries. Whereas in 2004 the average EU prevalence rate for the eleven crime categories among citizens above 15 was 15.6%, the prevalence rate in Bulgaria was 12.9%. The dynamics of some types of crimes, however, calls for special attention.