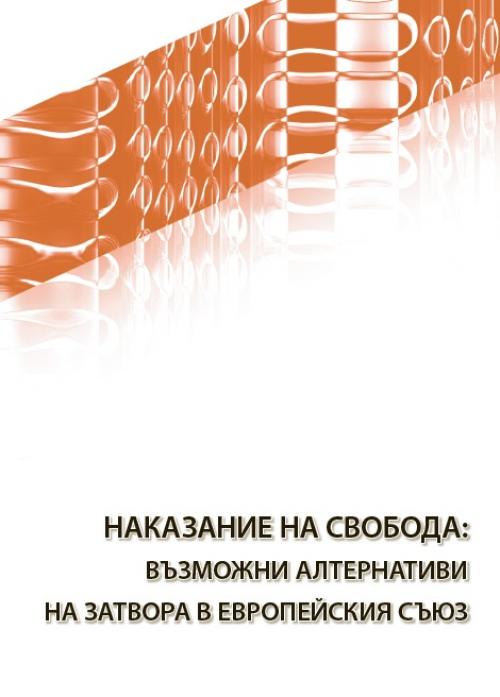 Author(s): Christine M. Graebsch, Sven-Uwe Burkhardt
Subject(s): Politics / Political Sciences, Politics, Social Sciences, Law, Constitution, Jurisprudence, Human Rights and Humanitarian Law, Sociology, Applied Sociology, Evaluation research, Studies in violence and power, Penology, Victimology, Welfare services, Penal Policy, Sociology of Law
Published by: Център за изследване на демокрацията
Summary/Abstract: The issue of imprisonment vs. alternative penalties has been debated in various European countries during the last decades, and ambulant sanctions have been heavily on the rise. Community sentences and other alternatives to imprisonment are regarded as modern instruments for the rehabilitation of offenders. The objective of the present study is to examine the scope of application of penalties without deprivation of liberty as compared to imprisonment as well as to identify promising practices of alternative criminal sanctioning in Belgium, Bulgaria, Germany, Spain and Lithuania. As this study covers several European countries, the comparative perspective suggests itself nearly as a matter of course. In this connection, it seems reasonable to describe the existing ambulant sanctions of the different member states involved, taking into account their legal arrangement and their relation within the system of penal sanctions including their relation to the deprivation of liberty. It in addition appears sensible to describe and compare these ambulant sanctions with reference to their contribution to the re-socialisation or rehabilitation of those subjected to them as well as with special attention to the involvement of civil society in their execution. In a further step, promising practices in connection with ambulant sanctions could be highlighted which may be recommended for imitation by other member states. Such an approach proves to be impossible for multiple reasons, though, and it would be inadequate just to make such an attempt. There are exemplary references to ambulant sanctions in Belgium, Bulgaria, Germany, Lithuania and Spain. This is due to the fact that scientists from these countries have taken part in the realisation of this project but not necessarily because of specific outstanding features of their sanction systems in comparison with other member states.